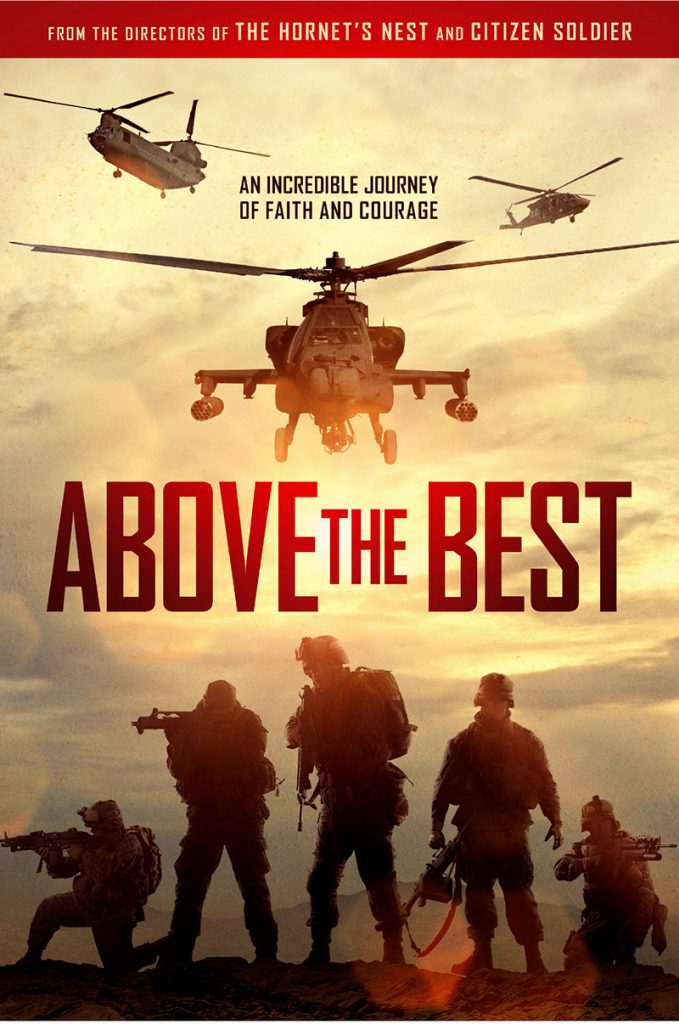 Florida State University’s annual screening of a veteran-themed film in honor of Veterans Day will take place off campus for the first time in an effort to broaden community outreach.

The university will present “Above the Best,” an immersive documentary-narrative feature film, at 7 p.m. Thursday, Nov. 7, at CMX Cinemas Fallschase. The event is open to the public, and admission is complimentary.

“Above the Best” is based on the best-selling book “South of Heaven” and tells the story of Apache pilot Dan Flores and his year of deployment to the most dangerous valley in Afghanistan.

“Florida State strives to showcase filmmakers who shine a light on our nation’s veterans, and the university is eager to make these films as accessible as possible,” said Paul Cohen, director of FSU’s College of Motion Picture Arts Torchlight Cinematheque.

The event, which previously took place at Ruby Diamond Concert Hall, is in its ninth year of existence and was originally created to heighten awareness of veterans’ issues among the campus and local community.

“We are thrilled to host this year’s screening at Tallahassee’s newest state-of-the-art theater, CMX Cinemas,” Cohen said. “We are hoping the venue will attract veterans and film buffs from throughout the region.”

“Above the Best” offers a stunning, immersive ride with an Apache gun ship pilot during his year in the fight within the Hindu Kush Mountains and the Korengal Valley. Through actual, aerial combat footage and corresponding video from soldiers on the ground, the film brings the audience into the cockpit and on the ground at the same time like no other film in history.

The film is the fourth from co-directors David Salzberg and Christian Tureaud to be featured in Florida State’s annual festival, and the university is recognized in the film’s credits.

“The commitment that FSU has for the active duty military and veteran community is second to none in America,” Salzberg said.

Salzberg, along with special guests, will participate in a question-and-answer session with the audience following the screening.

The film’s producer, Angelo Paletta, added: “We are honored to be part of the outstanding program that FSU provides through film and storytelling that helps show the country what service and real valor is all about.”

Before the film is presented, Billy Dean, country music star and Quincy native, will sing the National Anthem.

“Florida State University has a campus-wide commitment to the success of its student-veterans, and the College of Motion Picture Arts Torchlight Cinematheque is proud to contribute to this culture of respect for the difficult work of American soldiers while continuing to bring the power of story to the Tallahassee community,” said Reb Braddock, dean of the College of Motion Picture Arts.

This year’s screening is being presented by the College of Motion Picture Arts Torchlight Cinematheque in association with the FSU Veterans Alliance.