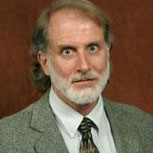 Holcombe is an expert on the effect of government activity on economic growth.

Despite the dramatic terminology, the fiscal cliff is not something the economy is about to fall off. It is a change in the budgetary status quo that will occur if no agreement is made to stop it. Politicians do not want to see that happen, so even if no agreement is made by the end of the year, you can be sure one will be made soon after. While we won't go off the fiscal cliff, the problem it is creating now is uncertainty. The economy does not respond well when people are uncertain about future tax rates and future expenditures on government programs. Part of the uncertainty is that we can't be confident that whatever agreement is made will actually address the serious fiscal issues we face. We have seen time and time again that rather than actually addressing the structural problems in the federal budget, Congress and the president are satisfied just to kick the problem further down the road. That’s what produced the fiscal cliff in the first place.

The volatility in the stock market reflects uncertainty in the economic outlook, largely as a result of uncertainties in government policy,” Holcombe said. “Everyone can see that our current policies are unsustainable, that we have to get our deficit under control, and that this will require changes to federal government entitlement programs. The problem is, there are no clear policy solutions on the table, and we run the risk of letting things go until we reach the point where Greece is now. But when we do, Germany won’t be there to bail us out.

The economic costs of our reaction to 9/11 have been substantial. Government expenditures on the TSA and other security measures are a small part of those costs, which also include the extra waiting time people spend at airports and the inconvenience of not being able to carry common household items like toothpaste and shampoo on the airlines. Even those costs are small if we also include the cost of our invasions of Iraq and Afghanistan. It is not unreasonable for Americans to reflect on whether the benefits of these activities are worth the cost. Perhaps a more important question that has received much recent attention after the revelations about NSA activity is whether our public policy responses to 9/11 are compromising the very freedoms we want to protect.

The government shutdown will have a minimal effect on the overall economy, even if it is not quickly resolved. The federal government is preserving its ‘essential’ functions and any reduction in government spending — even temporary — would be beneficial. Some individuals will feel a substantial impact, such as people whose families are enrolled in the suspended Head Start program, people who are enrolled in the Women, Infants, and Children (WIC) program and, of course, government workers who are being laid off. Some benefits, like Social Security and food stamps, will continue. The major impact will be on individuals who rely on government for benefits or income, but the aggregate impact on the economy will be small.

Holcombe can discuss the effect of government activity on economic growth. He says both Clinton and Trump have taken economic positions that would harm our economy.

“Clinton proposes to increase taxes and regulatory oversight of the economy, both of which would slow economic growth. Trump’s anti-trade bias is especially disturbing. He fails to see that free trade has made the world and the United States richer and that barriers to trade will harm the American economy.”

In addition, Holcombe says Gary Johnson, Libertarian candidate for president, has the best shot at the White House of any third-party candidate since Teddy Roosevelt.

"Voter dissatisfaction with both Clinton and Trump is well known. If Johnson can get just a few electoral votes, that may be enough to prevent either Clinton or Trump from gaining an electoral majority. In that case, the House of Representatives would choose the president from the top three electoral vote recipients. The Republican House would be unlikely to choose Clinton, and might favor Johnson, a former Republican governor, over Trump. Choosing Johnson would be a way for them to claim they are being neutral by not picking a Republican or a Democrat. Sure, it's a long shot, but because of the way the electoral college system works, it is well within the realm of possibility."