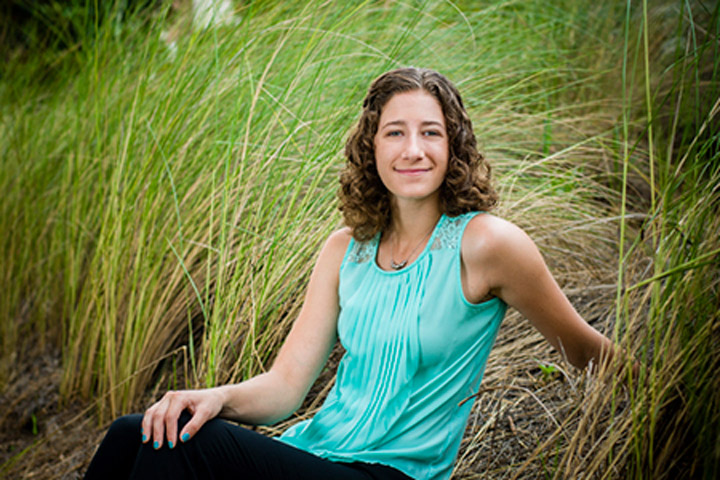 “I would like to incorporate my passion for research into my future career and conduct clinical research as a physician.”

As a fall 2014 graduate of Florida State University, Sarah Tepper has had quite the academic journey, beginning with her senior year of high school as a dual enrollment student.

“I was aware of the reputation of FSU as a premier research institution,” she said.

Tepper chose to major in biology with a minor in chemistry and spent much of her time conducting scientific research in the laboratory of Fanxiu Zhu, an associate professor in the Department of Biological Science. In addition, she was on the dean’s list for seven semesters and received a National Merit Scholarship.

Tepper’s largest research project focused on pathogenesis and oncogenesis of a cancer-causing virus. The project involved a protein necessary for the duplication of the DNA of Kaposi’s sarcoma-associated herpesvirus (KSHV).

“The ultimate goal of my work was to develop methods to disrupt the functions of this protein and thereby prevent KSHV replication — and formation of KSHV-associated cancers,” Tepper said.

In addition, Tepper was awarded an Undergraduate Research and Creative Activity Award (URCAA), which comes with a $4,000 stipend to conduct a summer research project.

Beyond her time spent in the lab, Tepper took her achievements to the next level by joining various organizations and volunteer groups. She served as a member on the executive board of Big Bend Cares, which is an HIV/AIDS clinic for counties in Florida’s Big Bend. In her role on the executive board, she established the annual goals of the organization and worked to raise awareness of the disease.

Tepper continued to reach out to the community with her involvement with Hands and Hearts for Horses. This is a nonprofit organization providing horseback riding lessons to children who are mentally and physically disabled.

Aiding current undergraduate students in their own research, Tepper has been involved in the Undergraduate Research Opportunity Program. She worked as an instructor in the program, teaching her fellow students about the process of conducting research.

Now that she has earned her Bachelor of Science degree, Tepper is teaching general biology laboratory courses at FSU. She plans to attend medical school this fall and hopes to specialize in pediatric or emergency medicine. Her main goal is to become a pediatrician while conducting clinical research. In addition, she would like to practice medicine in Third World countries with a special focus on children and women’s health.