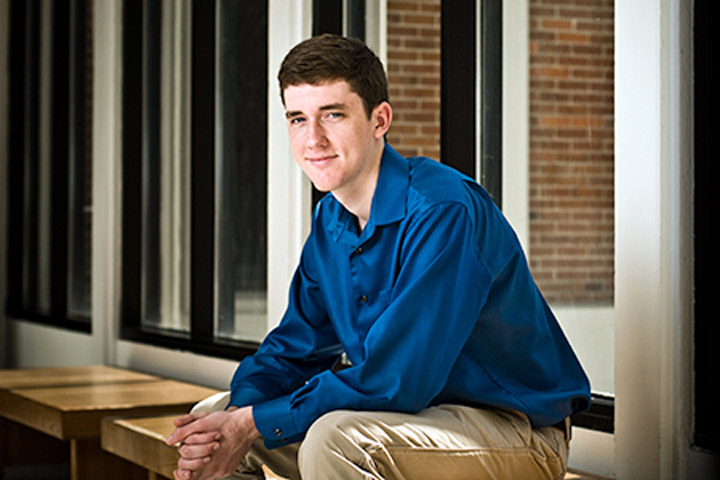 “I really lucked out when I chose Florida State.”

Dallas Killebrew is among the countless Florida State University students who exhibit a genuine commitment to community service. For Killebrew and other Florida State students, that service is informed by what has been learned in the classroom.

Last year, Killebrew applied for an Atlantic Coast Conference Fellowship to evaluate the effectiveness of temporary shelters and transitional programs for homeless residents of Tallahassee. His proposal made it to the final round and, with some refinements, was chosen by the FSU Office of National Fellowships for an Undergraduate Research and Creative Endeavors Award.

That award funded a study on how, during the current down economy, limited available resources might be concentrated toward those programs that most effectively serve homeless people. The study examined programs provided by the Tallahassee-Leon Shelter and HOPE Community (transitional housing), as well as the Metro Atlanta Task Force for the Homeless.

Killebrew came to Florida State from Melbourne, Fla., with the intention of double-majoring in sociology and music education. He knew both programs had “top-notch reputations,” as he put it, but shortly after enrolling, Killebrew switched his second major from music education to another highly regarded program, international affairs.

“I don’t think I was fully prepared for the overwhelming care and guidance I’ve received from all of the faculty,” he said. “I really lucked out when I chose Florida State.”

As a double major, Killebrew is plenty busy with his studies, yet he still finds time for volunteer work. Organizations that have benefited from his involvement include the Big Bend Homeless Coalition and Haven of Rest, a Tallahassee homeless shelter.

Last summer, Killebrew had internships with Parrish Medical Center in Titusville, Fla., and the Brevard (County) Health Alliance. At the medical center, Killebrew worked with administrators in analyzing census data to identify barriers to health-care access in their region. For the health alliance, meanwhile, he provided data on the county’s socioeconomic variables in support of a federal grant renewal. Both internships provided Killebrew with an understanding of the administrative side to serving the needy.

After graduating, Killebrew plans to pursue master’s degrees in public administration and urban and regional planning. His career goals include working as a health-care administrator and becoming an advocate on behalf of people who are homeless.