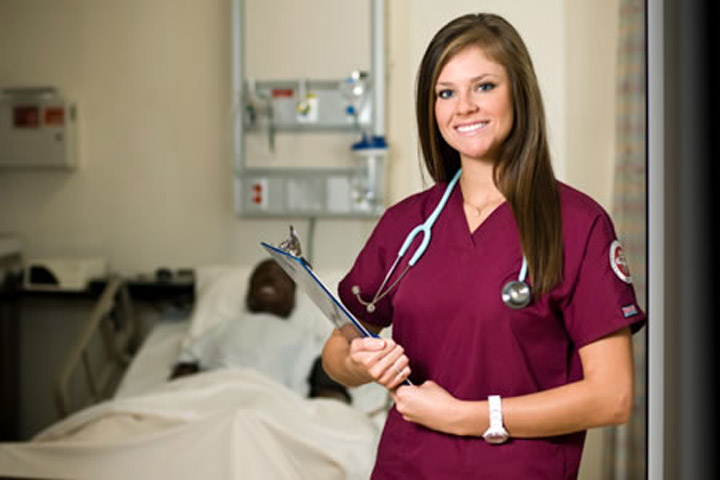 “The professors and staff really care about each student's academic success.”

Lynne Poynor pushed herself hard during her stretch as an undergraduate in Florida State’s College of Nursing program.

Over the past four years, Poynor has earned her share of academic kudos, including the Eileen Mahan Scholarship (fall 2010) and the Lettie Pate Whitehead Foundation Scholarship (fall 2011 and spring 2012). She’s made the Dean’s List, indicating a GPA of 3.5, every semester of her college career, and has made the President’s List (a GPA of 4.0) three times.

Once she knew that she wanted to be a nurse, she said, Florida State was the obvious choice because of its excellent nursing program.

“The professors and staff really care about each student’s academic success, as well as your success in your life and future nursing career,” Poynor said. “They have worked incredibly hard to build an amazing program that develops not only great nurses but also leaders in health care.”

After graduation, she intends to continue working to gain clinical experience. Poynor next plans to continue her education and work toward a doctorate in nursing practice, then pursue a career as a critical-care nurse practitioner.

“To me, nursing isn’t just about the clinical interventions but also about being a patient’s support system at possibly their most vulnerable moments,” she said. “Nursing can be as simple as holding someone’s hand when there are no more diagnostic tests to be completed, labs to be drawn, or medications to be given.”

Poynor graduated in the spring of 2012 and plans to carry on the knowledge that she gained at Florida State. She said that her time at the university has been an “incredible experience” and she that found a true home in the College of Nursing: “Life is a very precious gift, and as I transition from a student nurse to a registered nurse in the near future, I will never forget that.”