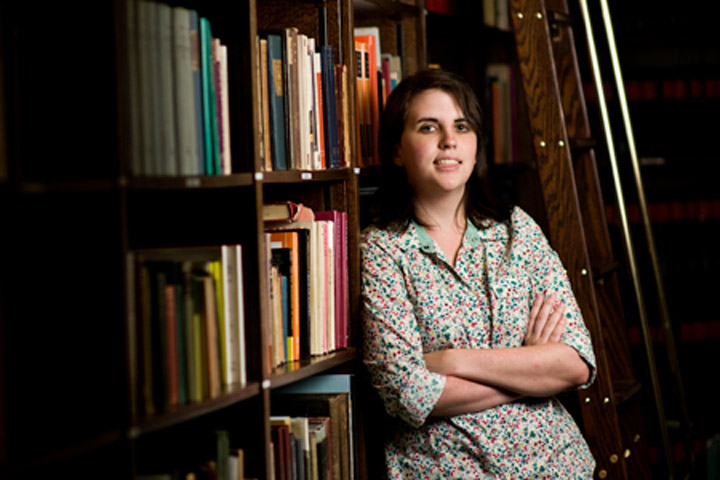 “The professors here really go out of their way to help you find out what you want to do, and then make it happen.”

In the field of classical archaeology, probably the most exhilarating activity is discovering ancient artifacts. But trying to solve the mysteries those artifacts present is what really forged a bond with the discipline for senior Cassidy Phelps.

A Tallahassee native, Phelps has been working with classics professors Nancy Thomson de Grummond and Svetla Slaveva-Griffin to decipher the meaning of markings on artifacts excavated at Florida State University’s field school in Italy’s Tuscany region. Their findings and analyses are then added to an FSU-sponsored database.

The distinguished reputation of its classics department is what swayed Phelps to attend Florida State, and through the mentorship of de Grummond and Slaveva-Griffin she discovered her passion for archaeology.

“The professors here really go out of their way to help you find out what you want to do, and then make it happen,” Phelps said.

Phelps has been researching ancient Etruscan loom weights, which were used to keep thread taut when weaving.

“Most of my research focuses on deciphering the meaning behind certain markings left on these artifacts,” she said.

Her theories about those markings became the subject of her honors thesis. One theory Phelps advanced is that most of the marks were intended to show ownership in the same way people today write their names on their possessions. Phelps presented her loom-weights research at Florida State’s Undergraduate Research and Creative Activities Awards Symposium last fall.

The hands-on experience she received at an authentic dig site has been invaluable to her education, Phelps said, and in 2011 she was awarded the classics department’s Dorman Scholarship to continue her research.

Having successfully defended her thesis, Phelps will continue her research at the graduate level in the fall. She aspires to become an archaeology professor and provide students with the same opportunities she has had.

Slaveva-Griffin spoke highly of Phelps and her potential for future success.

“Cassidy’s academic talent reflects the future of classical archaeology. She has an admirable combination of critical analysis, ingenuity, hard work, and above all, indomitable passion,” Slaveva-Griffin said.