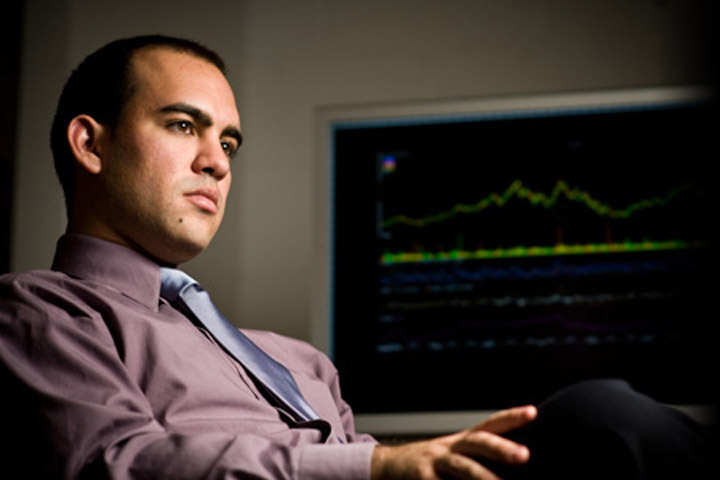 “When I first visited the FSU campus, I was impressed with what I felt was its 'Southern atmosphere with a Northeastern edge.' For me, this place was the best of both worlds.”

It’s really no surprise that a competitive, Brooklyn-born, Orlando-raised Latino with an affinity for high finance, Ping-Pong and Asian culture would choose to attend Florida State University in Tallahassee.

“After graduating from high school, I wasn’t sure yet exactly what I wanted to do, but I knew that I would find my way into something interesting at Florida State, which offers an immense amount of opportunities, a top-quality education, and great value,” said senior Luis Sanchez.

“When I first visited the FSU campus, I was impressed with what I felt was its ‘Southern atmosphere with a Northeastern edge.’ For me, this place was the best of both worlds.”

Armed with a triple major in finance, accounting, and Chinese language and culture — plus a Global Pathways Certificate in area and regional studies and his own lifelong Spanish-language skills — the trilingual Sanchez has his post-graduation sights set on a career in finance at a large institution whose investors have major assets and very specific goals.

Eventually, he hopes to invest his own formidable assets — languages, analytical skills and a competitive nature — in work as an investment specialist with an interest in emerging markets. He’s open to relocating abroad one day to participate in the global financial expansion.

Already he has accumulated experience working with the investments function of the FSU endowment fund and Florida’s public pension fund. He also spent a summer with J.P. Morgan Investment Management in New York.

Fortunately, Sanchez thrives and excels on long hours, high pressure and intense competition. At FSU, he has been driving intently toward his future ever since he arrived in 2008 as a freshman with an International Baccalaureate diploma and, as it happens, a talent for table tennis.

“I’ve been an active member of the FSU table tennis club, participated on the table tennis team, and served as the club secretary during the 2009-2010 school year, when we were nationally ranked sixth and competed in the national table tennis competition in Milwaukee,” he said. “Our team includes a former Mexican table tennis Olympian, and we even recruited a professional coach from China to improve our competitive edge.”

Meanwhile, Sanchez has honed his own competitive edge with campus leadership roles.

He has served as chapter president of the Association of Latino Professionals in Finance and Accounting. As such, he traveled to conventions and leadership summits nationwide, networked with professionals at top corporations, competed in a national case-study competition, and booked high-profile financial-industry speakers to help fellow FSU College of Business students advance their own professional-development goals.

In addition, Sanchez founded the FSU chapter of Ascend, a national association that seeks to enhance the presence and influence of current and future business leaders of Asian and Pacific Islander descent.

“Although I’m not an Asian-American, I was inspired to establish a chapter at Florida State after meeting the CEO of Ascend,” he said. “I believe Asian-Americans have been somewhat underrepresented here, but we could begin to change that with an organization that has their professional interests in mind.”