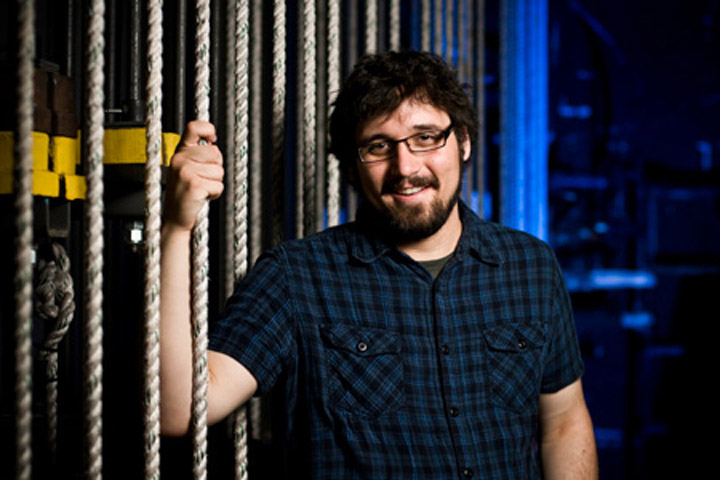 “An audience would be able to hear metrical deviations and would have a more enriched experience of the work than someone who merely reads the text.”

Michael Hoffman was a freshman at Florida State University when he began to indulge his interest in classical languages, studying the grammar, structure and metrical intricacies of Latin. As a sophomore, he took on theater as a second major and had the opportunity to spend a semester abroad studying with the London Theatre Academy.

During his senior year, Hoffman was able to combine his two academic passions — classics and theater — as he researched his Honors-In-The-Major Thesis. As a result, he was able to make a discovery about the way that Seneca, an ancient Roman playwright, used a deviation in meter to give more punch to one of his plays.

“My thesis explores the particular meter that Seneca used in his tragedy ‘Thyestes,’ which was iambic trimeter,” Hoffman said. “All ancient Greek or Roman tragedies were written in verse and according to particular rhythmic, metrical strictures. Shakespeare’s iambic pentameter is a more modern example of this sort of particular metrical pattern.”

But it was the parts of “Thyestes” in which Seneca varied his normal metrical pattern that caught Hoffman’s attention.

“Approximately a fourth of the lines of dialogue deviated noticeably from this pattern,” Hoffman said. “I focused on those lines and found that they tended to come at moments of particular importance within the play.”

In short, Hoffman concluded that Seneca deviated from his metrical pattern in certain lines to help strengthen their meaning. Hoffman’s research is based on the idea that plays are meant to be spoken out loud, so that the dialogue that deviates from expected patterns can be heard and appreciated by audiences.

“An audience would be able to hear metrical deviations and would have a more enriched experience of the work than someone who merely reads the text,” Hoffman said. “I thus argue in my thesis for the use of this sort of metrical analysis as a tool to better understand and explore ancient texts in general and Seneca’s tragedies in particular.”

“Michael’s honors thesis is quite simply the finest piece of scholarship produced by an undergraduate student that I have ever seen,” Stover said. “He took a topic that in other hands could be dull and lifeless, and made it exciting, stimulating and interesting.”

Because of Hoffman’s impressive academic record at Florida State, he was inducted into a number of academic honor societies, including Phi Beta Kappa. Hoffman received the Mart Hill Presidential Scholarship from the School of Theatre. He received the Dorman Scholarship and the Rankin Award for Outstanding Undergraduate Achievement in Classics from the Department of Classics.

Now that he has graduated from Florida State, Hoffman plans on attending the University of Massachusetts at Amherst to earn his Master of Arts in Teaching degree in classics.

“I’d like to find a way to keep both of my passions alive, whether that means secondary education or something else,” Hoffman said. “I feel like this master’s degree is the way to do that.”