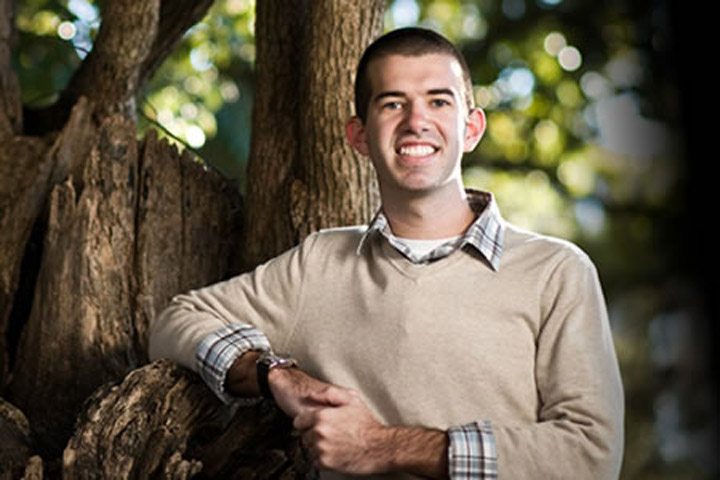 “I'm a firm believer that many of the most important lessons you learn in college are taught outside of the classroom.”

“I’ve been a fan of Florida State since I was a little kid,” said senior Stephen Fischer, “so it was only natural that FSU was at the top of my list in high school when it came time for me to choose a college.”

Back then, as decision deadlines loomed, the Panama City native said he also considered another university, one with a specialized program that intrigued him. But the prospect of Florida State’s student-centered, well-rounded college experience won him back. That decision has made all the difference for this committed campus leader of no less than two major student organizations and one giant community event.

“I’m a firm believer that many of the most important lessons you learn in college are taught outside of the classroom,” said Stephen, a Psychology major with a minor in Leadership Studies. “As a college student I’ve rarely had money to give, so instead, I’ve donated time.”

A lot of time.

During his senior year, Stephen has served as president of the FSU Circle of Omicron Delta Kappa (ODK), a unique national honor society focused on the development of strong leadership skills through involvement in extracurricular activities.

He also has worked tirelessly on behalf of the American Cancer Society’s Relay for Life at FSU — first as a participant, then as a team captain and, finally, as the co-chairman of the vitally important fund-raising initiative. Along the way, he became the top online fund-raiser in the state.

And he proudly serves the Seminole Student Boosters as the director of Special Events. It’s one of the largest student organizations, and who better to help lead it than a lifelong Seminole fan like Stephen.

“I’m looking forward to finding ways to stay involved even after my term is up,” he said.

“Stephen actively and genuinely seeks out new knowledge in order to better understand our world,” said Laura Osteen, director of the Center for Leadership and Civic Education. “He integrates these new ideas and ways of being into his life in a rare and refreshing commitment to his own lifelong development. I am humbled by Stephen’s commitment to himself, his colleagues and his organizations to constantly self-renovate and show up a better self, friend and organizational leader each day because of what he learned the day before.”

After graduation, Stephen plans to return to his hometown to work for Gulf World Marine Park, where he hopes to help train and care for two different species of dolphins and California sea lions. He aims to eventually work with killer whales at Sea World.

Meanwhile, he’s proud to be one of the faces of Florida State.

“My passion for this university has grown since my very first day on campus,” Stephen said. “It’s hard to walk around such a beautiful place among 40,000 incredible students and not feel privileged to be a part of this awesome community.”