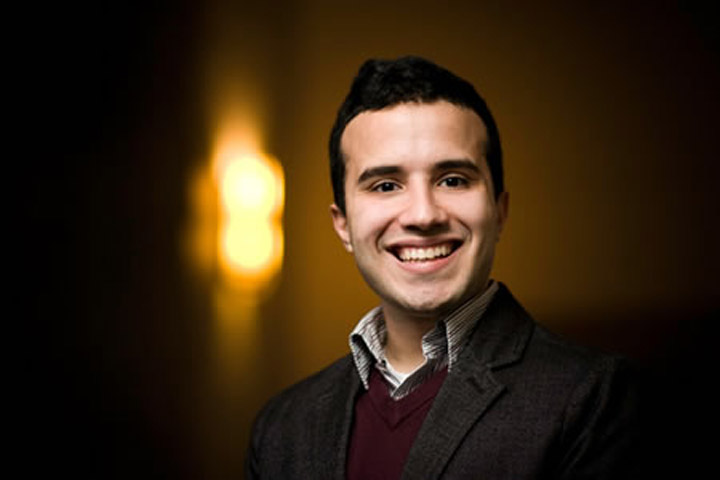 “The opportunities the university has afforded me on campus and off have been some of the most rewarding experiences I've ever had.”

“Political society exists,” Aristotle said, “for the sake of noble actions,” and that perspective reflects senior Juan Escalante’s philosophy on his endeavors at Florida State University. Beyond majoring in political science, Juan’s engagement in campus activities and organizations — political and otherwise — reflect his own noble actions.

A native of Venezuela, Juan is the first in his family to attend an American university. While FSU was his first choice, the support he received from the Southern Scholarship Foundation was instrumental to achieving that goal. Juan channeled his appreciation for that support into action, eventually rising to the position of vice president of the Rotary Scholarship House.

Juan further honed his political instincts after being elected to Student Government, representing the College of Social Sciences in the Student Senate. During his term, he was instrumental in getting two resolutions passed in support of the Dream Act, the federal legislation that would provide permanent residency to high school graduates who were brought to the United States as undocumented minors. In addition to the backing he secured from the Student Government Association and Congress of Graduate Students, Juan also persuaded FSU President Eric J. Barron to send a letter in support of the act to Florida’s U.S. senators.

During the course of his Student Government service, Juan collaborated with fellow Senator Dustin Daniels, facilitating a working relationship that led to Juan being appointed press secretary after Daniels was elected student body president. In that role, Juan maintains the channels through which Student Government communicates with and promotes its initiatives to the campus community.

“The opportunities the university has afforded me on campus and off have been some of the most rewarding experiences I’ve ever had,” Juan said.

Juan’s campus engagement also is reflected in his service on the executive board of Omicron Delta Kappa, as secretary of the board of the FSU Student Foundation, and as a participant on the Honors Program Policy Committee, which is composed of students and faculty who oversee the university’s Academic Honors Policy.

“I hope I’ve been able to give back something of value to the Florida State community that has been so supportive of me,” Juan said.