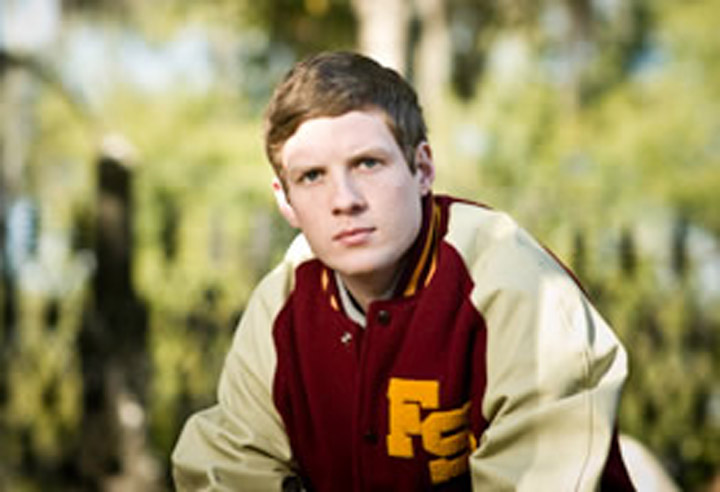 “When an individual is given the opportunity to succeed, society as a whole is better off.”

A hard-working student, committed volunteer and dedicated athlete, Tyler Price is a triple threat when it comes to his contribution to the Florida State University community. From a young age, he attended football games and learned of the great traditions the University had to offer. There was no doubt in his mind that this was the place for him. “I honestly can’t say that any school campus has quite captured me in the way that FSU’s simple red brick buildings and oak trees have,” said Tyler. As a local native, Tyler has fulfilled a legacy at Florida State left by his parents and grandparents. “My grandmother was a member of the Florida State University symphony orchestra.”

Tyler’s final decision to attend Florida State rested on the care for his father who had been diagnosed with Lou Gehrig’s Disease. “My dad was diagnosed with Lou Gehrig’s Disease around Thanksgiving of my senior year in high school. Over the next year his condition worsened and I, along with my mother, acted as a primary care giver until he passed away in November of my freshman year.” Though the beginning of his time at FSU was rooted in personal hardship, he says his experience has been all he could have hoped for and more.

“My dad was the consummate athlete, never tiring and he had coached me through cross country, soccer, and tennis throughout my life. It’s safe to say that he continues to have a big impact on me.”

Tyler has not only shared his gifts and compassion with his family and friends, but the community as well. “I have volunteered extensively with Big Bend Hospice during my time at FSU and I remain a member of the vigil care team and can be called up at any time, day or night, to offer vigil care for a patient.” Some say charity starts at home, and Tyler has definitely represented his community well. He has been quite an asset to Tallahassee and the Florida State University for years, but didn’t stop there. He has taken his gifts overseas through International Programs. “This past summer I taught English conversation to college students at Dankook University in Cheonan, South Korea. It really taught me self reliance and that we are far more alike than we are different.”

No matter if Tyler is in another country or on FSU’s campus, retracing the steps he ran when he was a young kid alongside his dad, Tyler has continued to excel in the classroom as well. Along with making the Dean’s List nearly every semester, Tyler has been selected as a member of Atlantic Coast Conference academic honor roll. “This semester I am working on a DIS with Dr. Peter Garretson of the Middle Eastern Studies and History departments on East African distance running. We are looking at trying to understand what has allowed East Africa to dominate international distance running.”

Tyler has selected to be part of the Askew School combined Bachelors-MPA program. As an undergraduate, he is completing 12 hours of graduate level courses along with the remainder of his undergraduate course work which will go towards a master’s degree in public administration. But Tyler isn’t stopping there. He plans to attend law school, with the hope of moving into public policy making. “I believe strongly that when an individual is given the opportunity to succeed, society as a whole is better off. Greater equality of opportunity can only be fostered with more freedom.”