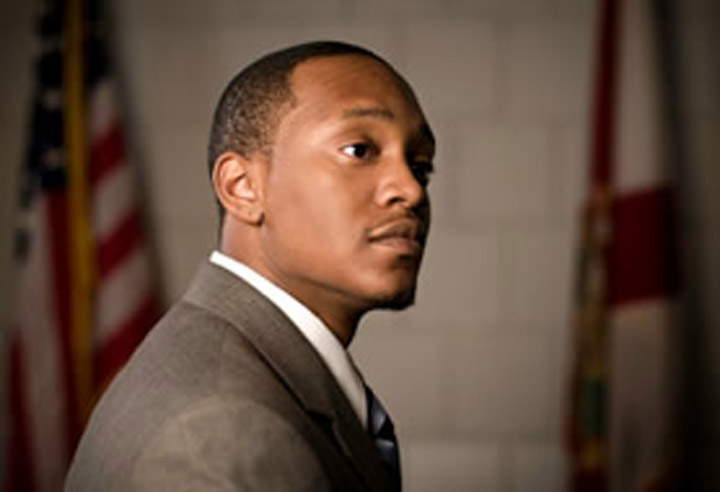 “You could say Florida State brought out the best in me.”

“I love Florida State,” said first-year graduate student Reggie Cuyler. From the time he arrived on campus in the summer of 2006, he has shown that love through leadership and dedication to the university and its students.

Last year, Reggie’s senior year, he was Senate president of the Student Government Association. The previous year he was SGA’s president pro tempore and served in the Senate during both his freshman and sophomore years.

He had not been involved in student government during high school. “I ran track. I did well academically, but I wasn’t interested in student government,” said Reggie. “Once I got here, things began to change. An older brother in my fraternity Phi Beta Sigma saw that I was comfortable speaking before a group and suggested I run for SGA.”

“My freshman year I discovered that I loved government,” he said. Reggie is now working on a master’s degree at Florida State’s Reubin O’D. Askew School of Public Administration and Policy in the College of Social Sciences and Public Policy.

“When I came to Florida State things just snapped into place for me,” he said. “I came here knowing I had some talents, but I guess I wasn’t fully using them. … You could say Florida State brought out the best in me.”

Florida State has allowed Reggie to discover his potential as a leader. In addition to leading the Student Senate, he also was named Greek Man of the Year, Most Effective Leader in the Panhellenic Council and a Seminole Torchbearer. In 2009, he was on the Homecoming Court and was inducted into Florida State’s oldest leadership honor society, the Garnet and Gold Key Leadership Honorary.

As a member of the University’s Budget Crisis Committee in 2009, Reggie’s support not only prevented budget cuts to Strozier Library, but enabled the library to extend its hours, staying open around the clock Monday through Friday, add staff and renovate the first floor and basement.

It’s not surprising that Dean of Libraries Julia Zimmerman, holds Reggie in high regard. “He is one of those rare students who understands the complexity of the university. At the same time, he’s passionate about serving his fellow students,” she said.

“What makes Reggie so extraordinary is his mature grasp of the ‘big picture,’ along with wanting to do good. … Accompanied by his sweet nature, it’s uncannily powerful,” said Dean Zimmerman.

As a graduate student, he has turned his attention to understanding the complexity of government. In addition to his coursework, Reggie has a fellowship at the Capitol. He and two of his fellow Askew students were named Gubernatorial Fellows by Gov. Charlie Crist.

“I’m working with Workforce Innovation. It is an amazing experience. From the first day it’s been great,” said Reggie. “I was immediately sent to Panama City for three days to help fishermen affected by the oil spill find retraining opportunities.

“I am enjoying the work. … I am really beginning to see how constitutional rights are fundamental to public administration,” he said.

Reggie, who said he is the first of his family to attend college, intends a life of public service. “After I get my master’s degree I’m not sure whether I will go to law school or go for a Ph.D. in pubic administration. … Either of those paths will take me to a career in government.”

It seems certain he will continue to be a leader in whatever he chooses to do.