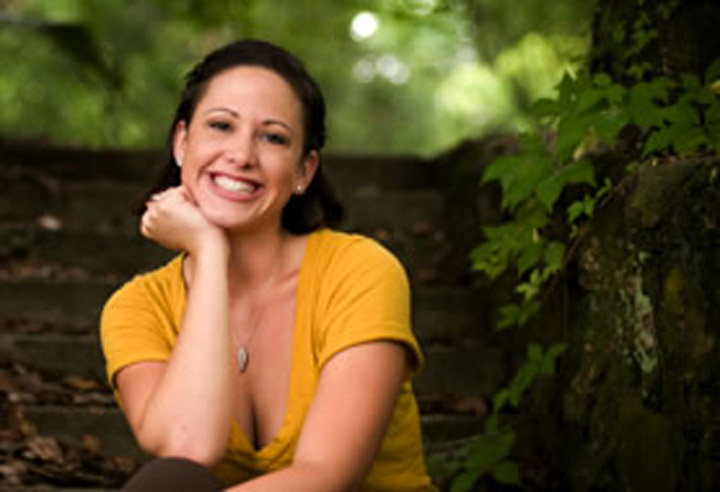 Name: Danielle Drazin
Major: >> More Student Profiles"Florida State's College of Criminology is one of the best, so I plan to stay here for my master's." Danielle Drazin

“Florida State's College of Criminology is one of the best, so I plan to stay here for my master's.”

After Florida State University senior Danielle Drazin graduates in the spring with bachelor’s degrees in criminology, political science and interdisciplinary social science, she intends to begin work on a master’s in criminology.

“Criminology is still a new field so it’s exciting to be entering it now. … Florida State’s College of Criminology is one of the best, so I plan to stay here for my master’s,” said Dani, who is participating in the bachelor’s-to-master’s program.

“I’ve always had a huge interest in criminology,” she said. Maybe that has something to do with her father being a police officer in Broward County. “I’ve always loved working puzzles, and am good at it,” she said. A criminal investigation and solving a puzzle both are essentially exercises in problem solving. “They require some of the same skills,” she said.

As it turns out, the tenacity and intellectual flexibility necessary for solving puzzles also are essential when doing research, something that Dani has discovered she has a passion for, too.

“I decided to take the honors section of ‘Understanding Political Science Research,’ with Dr. Cherie Maestas, during the fall semester of 2008. She introduced me to the world of research,” said Dani. “I discovered I love doing research.”

Dr. Maestas was impressed by Dani’s performance in the class. “(She) displayed dogged determination to master complicated statistical techniques and apply them to her research project,” said Dr. Maestas.

“The class is challenging because students must learn mathematically based statistics and how to apply them in a real-world research project in the same semester. Many students become frustrated because the statistical software is not very intuitive. Not Dani. She saw it as a challenge.”

Dani had done so well in Dr. Maestas’ fall class, she encouraged her student to take another political-science research class the following semester.

But when Dani proposed analyzing the role of race in voters’ choice in the 2008 election, Dr. Maestas had concerns. “I was skeptical that she would produce anything beyond the obvious answer,” said the professor. “Later in the semester, I was amazed at how (Dani) took what seemed to be obvious and developed a novel … angle to study. She found that race alone has no direct effect on vote choice. Instead, racial identity influences how candidates are subjectively perceived.

“The connection between racial identity and vote choice is a more complicated causal story that is related to subjective perceptions and biased evaluations,” said Dr. Maestas.

Dani, recognized as having a gift for research, was chosen for the Research Intensive Bachelor’s Program. This study program is offered to a select group of students to provide hands-on research experience with faculty and graduate students in the Department of Political Science.

Dani says she loves being busy, which is fortunate since she’s active in several groups on campus in addition to her academic work.

She said she is especially proud of her work with Students for Real Beauty. She has been the group’s creative director since it began on the Florida State campus This year she is its president. The group aims to broaden the definition of beauty, said Dani. The group takes its message of self-acceptance and self-confidence to Girl Scout troops around town. “It’s something I really believe in,” she said.

She is a member of the American Criminal Justice Association, Lambda Alpha Epsilon. She is the group’s social chair this semester. In the spring of 2008 she did volunteer cleanup work in New Orleans through the Alternative Break Corps. She is a peer advisor for the College of Social Science and Public Policy. She has talked about her experience as an undergraduate researcher at a freshman colloquium. She is a member of Golden Key International Honor Society and Sigma Alpha Lambda, a national leadership and honors organization.

Dani worked as an investigating intern for the Capital Case Division of the Public Defender’s Office from May until August. “I wasn’t sure how I’d feel about the work. Since my father is in law enforcement, I tend to look at things from that point of view. … I think the most important thing I learned is that the justice system is not black and white, there are a lot of shades of gray.”

Dani said she hopes to join the Air Force after completing her master’s degree. “I would like to work in federal intelligence.”