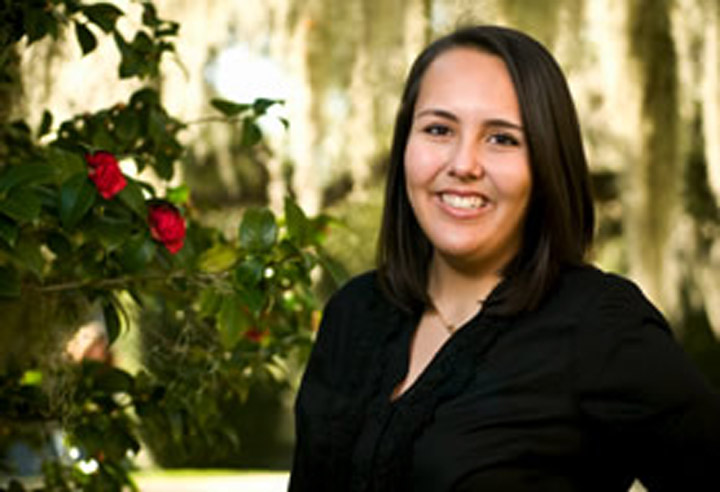 “"The (Service Leadership Seminar) gives you time for self-reflection, which is great. It helps you discover what your purpose is.”

When, as an incoming freshman, Taraneh Harzati was invited to take part in Florida State’s Service Leadership Seminar, she had no idea it would be a life-altering experience. The seminar, sponsored by the Center for Leadership and Civic Education, inspires students to explore the meaning and value of leadership and community engagement.

“The seminar gives you time for self-reflection, which is great. It helps you discover what your purpose is. It helped me realize what is really fulfilling to me,” she said.

Taraneh entered Florida State planning to go on to law school. Now she hopes to be accepted for the Peace Corps when she graduates with bachelor’s degrees in Spanish and history next spring.

She certainly isn’t waiting until then to make a contribution to society. More than a year ago she began volunteering at the Tallahassee-Leon County Homeless Center, just a few blocks from campus. “I didn’t expect it to affect me the way it has,” said Taraneh. “I work there one day a week. It has become an important part of my life.”

She also tutors a 6-year-old girl twice a week through an after-school program at Grace Mission Episcopal Church. The joy she takes from working with the little girl is obvious. “She thrives under the attention she gets at Grace,” said Taraneh.

Taraneh was a conference mentor for PeaceJam Southeast in both 2009 and 2010. She said this has been a remarkable experience for her and the group of high-school students attending. PeaceJam is an international program that brings young students and Nobel Peace Prize winners together for a weekend of learning. This year’s visiting Nobel Laureate was Rigoberta Menchu Tum, Guatemalan political activist and winner of the 1992 Peace Prize.

“When they arrived, the students had no idea of the things that they could do in their lives. Imagine the impact of meeting someone like Rigoberta. These kids aren’t all high achievers. Some were, but some weren’t,” said Taraneh. “There were about 300 students. … We broke up into small groups. At first they were hesitant to speak, but they got over it.”

With this impressive record it’s not surprising that Taraneh is a 2010 Profiles of Service award winner. This honor is given by the Division of Student Affairs and the Center for Leadership and Civic Education to students who demonstrate exemplary commitment to community service.

Taraneh’s dedication to the common good impressed Professor Nathan Stoltzfus, her instructor for the senior seminar, “Crimes Against Humanity,” offered through the history department. “It is a pleasure to have a student in class equally committed to human justice and academic studies. … She quickly distinguished herself with the topic she selected for a 20-page paper,” said Dr. Stoltzfus. “She argued with considerable force that the U.N. Convention’s definition of genocide unfairly excludes political affiliation as an identifying characteristic of a victim group. … During the semester I discovered that Taraneh also was volunteering her time for organizations devoted to achieving human rights as well.”

Taraneh is a member of Alpha Phi Omega, a national co-educational service fraternity, and Golden Key honor society. She has been on the Dean’s List every semester.

This summer she’ll be a site director for the Sheriffs Youth Ranch, a weeklong free camp for children from 5 to 12 years old. She’ll also be traveling to Australia to visit family.

After spending time in the Peace Corps, “I want to go to graduate school and earn a master’s degree in some type of urban-teaching program,” said Taraneh. Would she leave Florida State? “No, I like it here. We have a solid education program. … Ultimately, I want to become a high-school teacher.” Imagine what children could learn from a woman such as Taraneh.