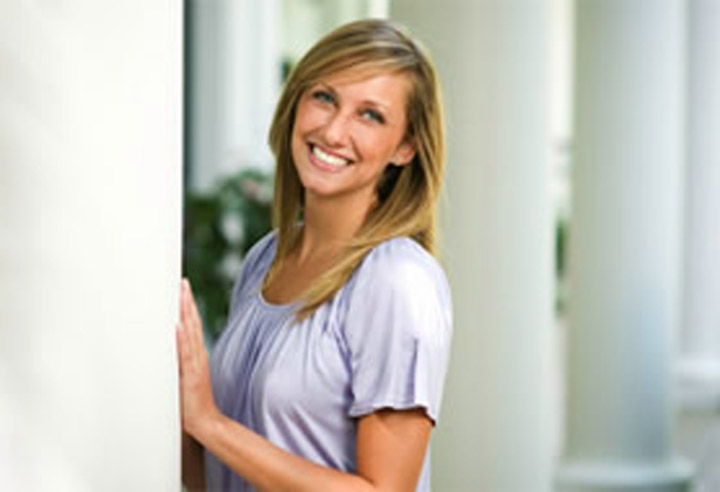 “I realized the College of Business professional sales program was for me.”

MaryEllen White is Florida State University’s first national champion in the Russ Berrie Institute National Sales Challenge. If the Challenge were the World Series, she would be its Most Valuable Player.

Participants in the National Sales Challenge compete in three events: role-playing, speed selling and something called “In-Basket.” For the role-playing exercise, each contestant has 15 minutes to identify a customer’s needs, overcome his objections and close the deal. For speed selling the contestant has two minutes to convince a prospective employer that she is right for the job. For the In-Basket event, contestants are given a list of tasks they must prioritize for the most efficient and successful outcome.

In 2008, during the spring semester of her sophomore year, MaryEllen picked up a brochure in the College of Business advising office that described a new professional sales program. “I realized this was for me,” she said.

When she read about competitions that she would be able to participate in through the program, she was sold.

“I’m naturally very competitive. I started setting goals for myself,” she said. “I decided to work hard and make the College of Business Top Ten Sales Team so I could take part in the national competitions.” And that’s just what she did.

“Within weeks of MaryEllen’s selection to our fall 2009 sales team it became evident that she was championship quality. (She is) the perfect storm of logic and interpersonal skills combined with a fierce determination to achieve her goals. It was a joy to watch as she first won the College of Business internal sales competition and then the National Sales Challenge,” said Pat Pallentino, director of the sales program.

Marketing professor Leff Bonney also recognized that “fierce determination.” “When she makes up her mind to take on a challenge she doesn’t stop until she has mastered it. She was selected to compete as our representative at the National Sales Challenge and despite battling the flu, she was in our sales lab constantly practicing her role-playing.”

Eager to contribute to the new sales program, MaryEllen founded the Seminole Sales Club. “Over the summer, I wrote the constitution.” As the first president of the sales club, she hopes that it will really take off next year. “Building membership will have to be the most important thing.”

She has been development chair and campus activities chair for her sorority, Chi Omega. Before graduating, she also was a member of Women in Business, the Student Leadership Council and CHICS (Caring and Helping in Community Service).

MaryEllen is a certified personal trainer who put her skills to work during her time at Florida State.

What’s next for this determined young woman? “I have accepted a job in the Sales Leadership Development Program, a competitive program with LifeScan, a Johnson & Johnson company,” said MaryEllen. She’s off to San Jose, Calif., this month to begin her career. “This is my dream job, and has been my goal for three years, since I discovered the program.”

Dr. Bonney, who held leadership positions at two Fortune 500 corporations before beginning his academic career, isn’t surprised she was chosen for this prestigious program. “MaryEllen would be at the very top of my list of students I would hire based on her intelligence, team-first attitude and work ethic.”