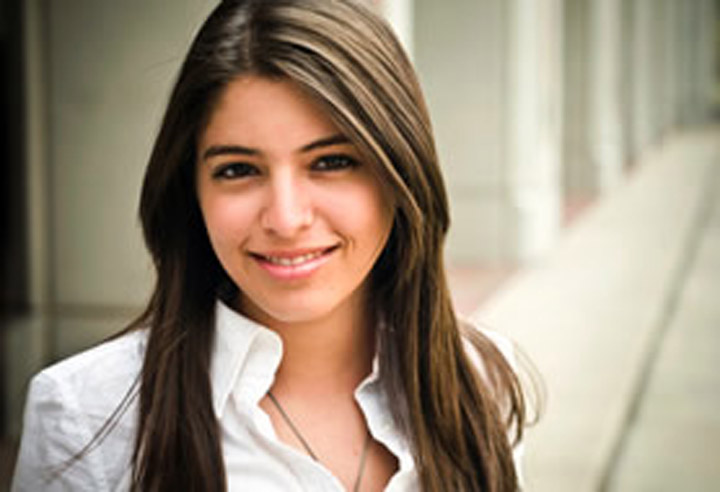 “The (Honors Medical Scholars Program) has granted me unique access to the school's professors and advisors.”

Georgia Christakis’ arrival in Crete this August to begin her Fulbright project will be something of a homecoming. Her father’s family is from the legendary Greek island. She has visited there several times, and, in fact, has family still living there.

“This opportunity is a dream come true,” said Georgia, who just graduated from The Florida State University with Honors in English. “She has won a Fulbright Full Grant, which provides round-trip transportation, health insurance and a monthly stipend,” said Craig Filar, director of the Office of National Scholarships.

“I will be trying to locate men and women who were part of a nutritional study called The Seven Countries Study,” she said. This landmark study, begun in 1958 and lasting more than a decade, looked at lifestyle and incidence of heart disease among men from the U.S., Japan, Italy, Greece, the Netherlands, Finland and Yugoslavia.

So why does an English major want to gather data about nutrition and heart disease? “I’ve always been interested in nutrition. My grandfather and father are physicians. My grandfather, who is also a nutritionist, did a study years ago about butter that got Julia Child all upset,” she said.

“I became interested in becoming a doctor after working in my dad’s office and participating in a mission trip one summer. When I got to Florida State I learned I could get my undergraduate degree in English and still go to med school, as long as I satisfied the premed requirements.”

As a senior in high school Georgia was accepted for the Honors Medical Scholars Program, which admits students to Florida State’s College of Medicine, subject to completion of an undergraduate degree.

“The program has granted me unique access to the school’s professors and advisors. (Its) greatest benefit to me has been a sense of camaraderie with (the other students in the program), especially Keerti Dantuluri, who has been a great friend and mentor. The program’s faculty head, Dr. Robert Campbell, has advised me throughout my college career.”

“I will start med school when I get back from Greece,” said Georgia.

Two things are apparent when you talk to Georgia: she has a genuine love of learning and wide-ranging interests.

“Her ability to put people immediately at ease in conversation will serve her well as a researcher and an ambassador, which is what she will be as a Fulbright Scholar. She will represent FSU very well,” said Dr. Dudley.

It won’t be the first time Georgia has had an opportunity to represent Florida State abroad. She traveled to Costa Rica and Panama on an International Service Learning medical mission in the spring of 2008. The group brought medical supplies to those countries. “We triaged and took patient histories and vitals for the doctors we worked with,” said Georgia.

Georgia speaks as enthusiastically about the novels she plans to read after graduation as she does about the work she will be doing in Crete. “I’m really into Steinbeck right now. I want to read all of his work. I’m also interested in Hemingway.

“I’ve had great professors in the English department. … I wasn’t sure I would like Victorian literature, but Dr. (John) Fenstermaker is such a great teacher, I loved it,” she said.

Georgia was the social chair for Florida State’s Honors Medical Scholars Society during the 2008-09 academic year and, at the same time, secretary of the Orthodox Christian Fellowship. She is also a member of Phi Beta Kappa.

“Extraordinary is a good way to describe Georgia,” said Dr. Dudley. “She has a remarkable perspective on how to achieve her goals, which allows her to make challenging paths look easy.”

So how does a student make it look easy to win a Fulbright scholarship?

Perhaps Assistant Professor of Chemistry Ken Goldsby’s observation holds the key. “Georgia is clearly very smart, but one of her greatest distinguishing characteristics is that she just works harder than everyone else.”