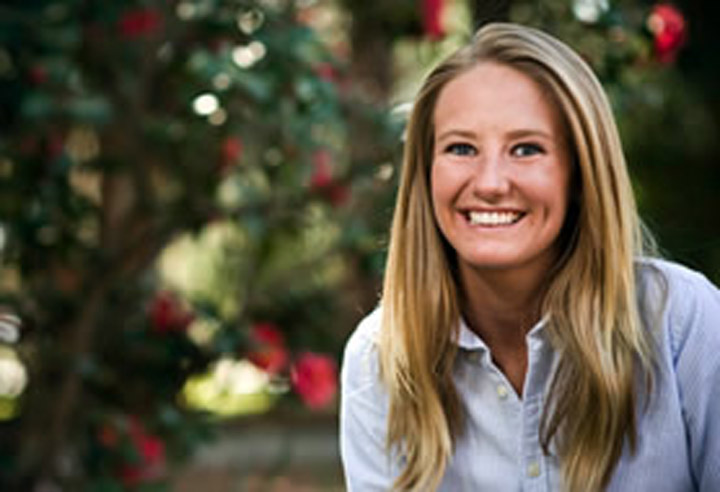 “My involvement in Relay for Life is the thing I am most proud of.”

“I joined Alpha Delta Pi my first semester at Florida State. … Much of my success and the leadership opportunities I have had are a result of joining my sorority,” said Shannon Brockman, a senior who will graduate with a B.S. in dietetics this month and who hopes to become a pediatrician.

The 2009 Homecoming Princess lights up when she talks about the work she did that year as vice president of membership of Florida State’s Panhellenic Association. “I was in charge of sorority recruitment. We welcomed 900 new members in 2009,” she said.

Certainly, the Panhellenic experience is a transformative one, but those who know Shannon attribute her successes to — well, to Shannon herself.

“(She) truly is a leader by example. She is always the first to volunteer but more important, always follows through. I have never worked with a student — or professional — with a comparable work ethic. Shannon leads with her values and morals in mind,” said Joe Mahshie, assistant director of alumni programs for the Florida State University Alumni Association.

Mahshie has known Shannon since she was a freshman. He was the Student Alumni Association advisor in 2008 when she was a member of the organization’s Leadership Council and in 2009 when she served on its executive board as associate director of membership. “It has been really interesting to watch her grow as a person and as a leader on campus,” he said.

“I’m amazed by how much Shannon can take on and do it all 100 percent,” said Mahshie.

Apparently, she is not uncomfortable taking on big projects. In March, she was completing a year’s service as special-events coordinator for the Southeastern Panhellenic Conference. Describing the March conference that marked the end of her term she said, “It’s a huge event…[with] more than 1000 Panhellenic women in attendance and representatives from more than 80 schools from 12 different states.”

How did she find the time to serve on the conference committee? “It wasn’t too bad because I could do most of the work myself on my own schedule. A lot of it was communicating by e-mail, and I could do that at 2 a.m.,” Shannon said.

But it’s the work she’s done on campus that means the most to Shannon. “Of all the experiences I’ve had at Florida State, my involvement in Relay for Life is the thing I am most proud of,” said Shannon. This year she is event chair for Relay for Life, which means coordinating the efforts of 30 volunteer leaders and preparing for the participation of more than 120 teams.

Shannon’s passion for the cause began when her beloved great-aunt was diagnosed with ovarian cancer. From elementary school through high school, Shannon did volunteer work for the Ovarian Cancer Alliance of Florida.

“She’s a very special aunt. She is a two-time survivor of ovarian cancer, and an inspiration to all who know her,” Shannon said. “I don’t know anyone whose life hasn’t been touched by cancer. Many people who participate in Relay are inspired by someone they know who has — or has had — cancer.”

Was it her aunt’s illness that sparked Shannon’s interest in dietetics? “I’m not sure. I have always been interested in medicine. … I’ve had the opportunity to shadow doctors and observe. It seems to me everything comes back to nutrition.”

After graduation, Shannon intends to do a dietetic internship, and then take an exam to become a registered dietitian. But she has even bigger plans: “I hope to attend medical school and study pediatrics. Eventually, I hope to open a holistic pediatric practice,” she said.

Her former advisor is confident she will achieve that goal. “I have no doubt I will be calling Dr. Shannon Brockman for advice,” said Mahshie.