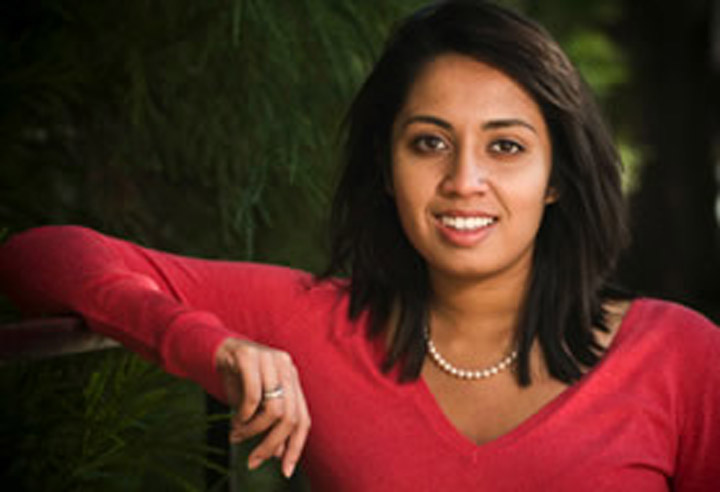 “I was teaching girls who lived in tin sheds and shared one bathroom with six families. They were pursuing bachelor's degrees.”

Shaina Hyder spent the summer of 2008 in Dhaka, Bangladesh, interviewing garment workers and teaching English in a school for underprivileged girls. She had just completed her freshman year at The Florida State University.

When the Honors sociology major got the idea of doing research on the impact employment was having on the Bangladeshi women, she would not be stopped. She sought out Dr. Irene Padavic, Pepper Professor and Department of Sociology chair, and told her what she had in mind.

“To my surprise, Dr. Padavic decided to take a chance on me and agreed to advise a Directed Independent Study course for me to study garment workers,” said Shaina.

“I met Shaina when she came to see me about the possibility of getting a bit of academic credit for a program that sent students to Bangladesh to work with impoverished women. I was delighted to say yes. As our relationship developed, I came to realize that the initiative that led Shaina to find this program is a fundamental aspect of her character. She makes things happen,” said Dr. Padavic.

Shaina graduates from Florida State this month. She’s gotten through in three years. She has applied to law school, but hopes she will be returning to Bangladesh. She has applied for a Fulbright Scholarship to continue her study of garment workers for a year.

Shaina’s parents, who grew up in Bangladesh, taught her to speak Bengali as a child. She is fluent in German, and, of course, English. She has also begun to study Arabic.

The women Shaina met in Dhaka impressed her. “They have so many dreams and goals. They make the most of what they have and are proud of having a job and earning wages,” she said.

The two months she spent teaching English at the school for underprivileged girls was a profound experience. “As a teacher, I felt I was truly an agent of change. I wasn’t studying women’s empowerment, I was the empowerment.”

“I was teaching girls who lived in tin sheds and shared one bathroom with six families. They were pursuing bachelor’s degrees. … They had no air-conditioning, no refrigerators, no computers. Yet they persevered.”

To cap off that extraordinary summer, she took a six-week course on gender and work at Harvard University.

Her course work at Florida State has included an honors-only course — Science and the 21st Century — taught by Nobel laureate Dr. Harry Kroto (she got an A) and two graduate sociology courses taught by world-class welfare-state theorist Dr. Jill Quadagno.

Shaina has been a member of the Honors Council since her first semester at Florida State. She is a member of Phi Beta Kappa, Phi Kappa Phi and Golden Key honor societies and the Muslim Student Association. In the fall of 2009, Shaina interned in the Attorney General’s office for the Florida Commission on the Status of Women.

“Shaina is an exceptionally strong student and falls among a small handful of the brightest undergraduate students I have known in 22 years as a professor, ” said Dr. Padavic.

Dr. Quadagno agrees. “(She) is a unique young woman. … Whatever career path she chooses, whether it be law, academia or women’s rights in developing countries, she is on her way to becoming a super star.”