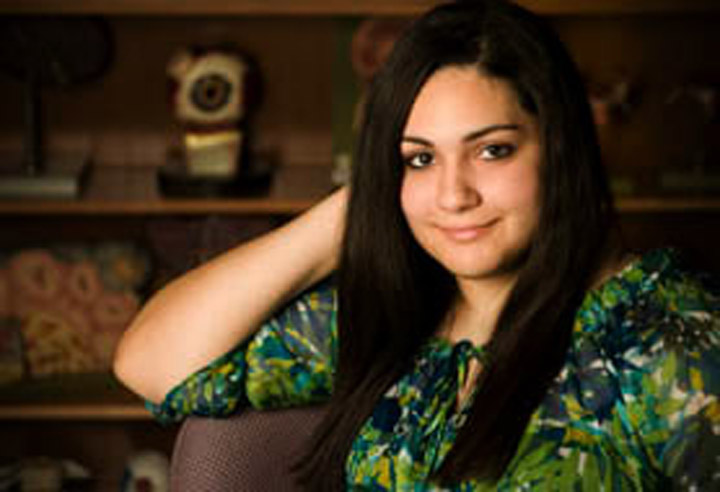 “I love Haiti, but the United States is my home and I want to make sure I give back to the community.”

For Sophia Khawly, the recent earthquake in Haiti is a great deal more than a horrific news story. The junior nursing student and 2009 Excellence in Service Award winner has been traveling to the country to visit family since she was a small child. The poverty she witnessed there made a profound impression upon her. “My parents made sure we knew how fortunate we were. …There were children who had no clothes, no shoes, no food.”

In 2003, she and her parents established the Hope for Haiti’s Children fund. Every summer since, Sophia has spent four weeks working in clinics at schools sponsored by Hope for Haiti.

This summer Sophia was to lead a group of Service Scholars — students who have been awarded scholarships through FSU’s Center for Civic Education and Service — on a trip to Haiti, but the devastation has made the trip impossible. Sophia hopes the trip can be rescheduled for winter break.

Sophia — vice chair of Service Scholars — also plans projects and leads 50 students in carrying them out for local agencies such as the Junior League of Tallahassee. “I love Haiti, but the United States is my home and I want to make sure I give back to the community,” she said.

A Deans’ List student in the Honors program, Sophia is on the executive board of Alternative Break Corps. She spent spring break 2008 in Washington, D.C., doing preventative HIV outreach with the group. Last summer, she worked with people with disabilities in Indianapolis, another ABC project.

Karen Myers is a nurse practitioner teaching at the College of Medicine and Sophia’s mentor in Florida State’s Diversity Leadership Mentoring Program, through which faculty, staff, graduate students and alumni provide guidance and opportunities for students from a broad spectrum of demographic and philosophical differences. Myers said her first impression of this go-getter was, “Wow.” Sophia “had accomplished so much … the community service, the scholarship, the leadership — I was blown away. …I thought ‘this woman does not need a mentor, she needs an assistant.'”

Sophia attended Homestead High School, a 30-minute drive from her home, to take advantage of the school’s health-sciences education program. “It sounded like fun,” she said. By the time Sophia graduated from high school, she had become a licensed practical nurse.

The fact that Sophia had an LPN degree and some nursing experience before beginning coursework at Florida State’s nursing school has given her a degree of confidence, she said.

This isn’t to say Sophia doesn’t appreciate the challenges a nursing degree presents. In 2008, she established the Pre-Nursing Leaders organization. The group helps freshman and sophomore students working on prerequisite courses become part of the pre-nursing community. The idea is to give pre-nursing students a deeper understanding of what it is to be a nurse. The group volunteers at Westminster Oaks and Boys and Girls Club of the Big Bend and for The Big Bend Heart Walk.

She is the current president of FSU’s Student Nurses’ Association. As SNA president, Sophia sits on the Dean’s Leadership Council and the College of Nursing’s Community Advisory Board.

In 2009, Sophia was awarded the College of Nursing’s Eileen Marie Mahan Endowed Nursing Scholarship. “I know nursing is for me … nurses (not only) treat the patient’s disease, but (also) provide holistic care that … facilitates healing and improves overall health,” said Sophia.

Sophia was selected in 2008 as the only FSU student representative for an inter-faith/inter-cultural trip to Turkey sponsored by the Tolerance and Dialogue Group. The three-week visit was one of the most memorable experiences of her college career.

When she stepped into a mosque for the first time it “looked different from a church, but spiritually, it felt the same,” she said.

Her Haitian-Lebanese heritage is important to Sophia. “People aren’t used to seeing Haitians who look like me,” she said. “The beauty of the world is its diversity.”

When Sophia isn’t at the College of Nursing, she says you can find her at the Center for Leadership and Civic Education, where she finds opportunities to serve her community.

Sophia recently was named one of three 2009 Excellence in Service Award winners by Florida Campus Compact. While she says she was surprised to be chosen for the honor, those who know her aren’t. “My first thought was there is no one more deserving than Sophia,” said Myers.