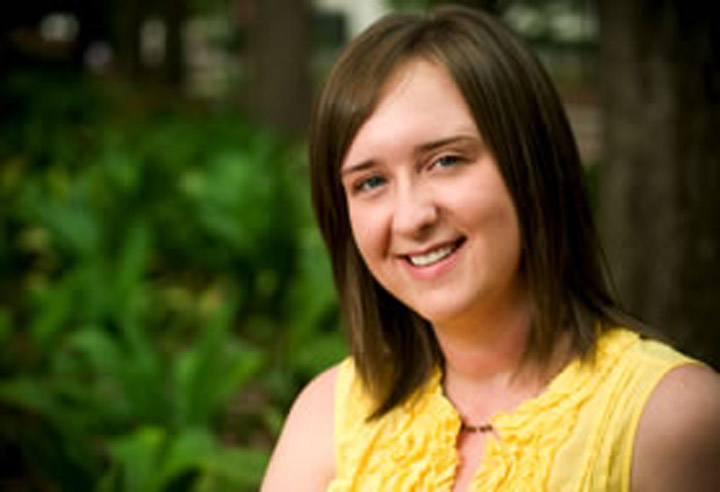 “You get a diverse education in Florida State's Accounting Department and you get to specialize your degree as a graduate student.”

Graduate student Lauren Ansley learned about various private scholarships from notices sent to students by the Department of Accounting at The Florida State University and wound up earning four of them.

“I’m fortunate that the accounting department makes students aware of so many opportunities,” said Ansley, who earned her undergraduate degree in accounting in the College of Business in Fall 2008 and went straight into her master’s program in taxation.

Ansley expects to complete her graduate degree in Fall 2009.

“You get a diverse education in Florida State’s accounting department and you get to specialize your degree as a graduate student,” she said. “I chose taxation because I like the rules and the objectivity — it’s the way my brain works.”

During her years at Florida State, Ansley has been a graduate teaching assistant, worked on the student yearbook, was named Outstanding Junior Accounting Student and won the E. Ray Solomon Scholarship, the E.C. and Tillie Allen Scholarship, the John Champion Scholarship and the Florida Institute of Certified Public Accountants Scholarship.

She also danced in a “Shake, Rattle and Roll (and Rap)” skit as an Orientation Leader, an organization of students selected through a competitive application process and trained as campus experts to assist freshmen with the transition to college. The skits cover such topics as overbearing parents, drug testing for a job and registering for classes.

“Seeing all the new students so excited to get away from home and start college was really infectious,” she said. “I learned a lot about the university, and it made me appreciate my time here that much more. It definitely reminded me why I’m proud to be a Seminole.”

Her experience helped prepare her to teach two recitation classes for the introductory accounting course. “It’s neat to help students learn by being able to say something in a different way, to put something into layman’s terms,” Ansley said.

But she said she has the most fun getting to know other TAs who rely on each other, organize events especially before football games and go to dinner after classes. “We all need a break from accounting,” she said. “One semester, I did nothing but work, and I realized I have to take some time for me.”

Ansley said her professors at Florida State push students to excel but also keep accounting from getting too heavy.

“Dr. Bruce Billings tells dry jokes that make the class more bearable because he knows that accounting is not the easiest — or most stimulating — major,” she said.

Billings, KPMG Faculty Fellow in the College of Business, teaches the first and last classes that accounting majors take in their program of study, so he figures he has a unique opportunity to see students mature between their junior and senior years.

“Lauren is one of those students who just seemed to blossom before my eyes,” Billings said. “In the first class, FAR I students are generally trying to figure out if accounting fits, and my initial impression of Lauren was that she was indeed trying to figure that out. She is a soft-spoken, rather shy person. If accounting were a sport, I would have thought she might be a bit of an underdog. However, she performed very well in that first class.”

By the time Lauren showed up in Billings’ advanced class, he saw “a much more confident and self-assured person.”

“I think she had discovered that not only did accounting fit her, it fit her very well,” he said. “Her confidence grew and her performance was superb — she finished that course with one of the highest averages I have seen in my thirteen years at FSU. Lauren is just a delightful person and student.”

Her achievements at Florida State helped her get hired at James D.A. Holley & Co., a Tallahassee CPA firm where she has worked part-time for two years. The firm has offered her a permanent position, but she grew up in Sneads in North Florida and thinks she might want to explore her options elsewhere after she graduates.

She said she was among only a few students from her high school who went directly into a four-year university. When she told her parents she wanted to go to Florida State, she was sure she would go into hospitality or marketing.

Her grandmother, a bookkeeper, kept telling her to study accounting.

“I said, ‘Right. That sounds like the most boring job ever,’ Ansley recalled. “Then in Fall 2006, I took Introduction to Financial Accounting, and realized I like accounting. It’s a challenge, and I’m always looking for a challenge.”

Does her grandmother say “I told you so?”