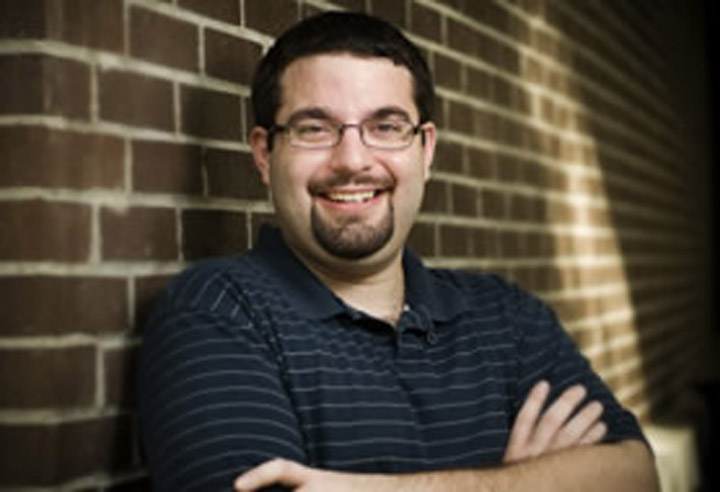 “I was born a Seminole, grew up a Seminole and wanted to graduate a Seminole.”

Florida State master’s graduate Benjamin Kauffman shivered through his trip with 26 other Florida State University students who had lunch and spent the day with legendary investor Warren Buffett in Omaha, Neb., in October 2008.

Lunch with Buffett has sold in charity auctions on eBay for as much as $2.1 million. Florida State alumni donated about $1,000 per student to cover travel and hotel costs. Lunch was free.

“It was a once-in-a-lifetime opportunity,” said Kauffman, who has photographs of himself with 2008’s richest man in the world.

In the pictures, Kauffman wears unusual business attire — flip-flops, khaki shorts and a Seminole polo, the only clothes he had after the airline lost his luggage.

That anecdote is one of many Kauffman tells about his opportunities in Florida State’s College of Business. He graduated in August with a master’s degree from the Department of Accounting but had just finished his undergraduate degree when he was selected for the Omaha trip. Only students with 3.9 GPA or higher were invited to apply.

“Most people went to learn about financial markets, but I returned to Tallahassee with a greater lesson about life,” Kauffman said. “Buffet talked about how lucky we are to have won the ‘ovarian lottery’ and how we have a responsibility to give back.”

Buffett explained the “ovarian lottery”: If each student were given a lottery ticket on a chance to win a new life, it would be hard to bet against one’s current privileged life and circumstances.

Kauffman started giving back on campus and in the community as a freshman, volunteering for such events as the Heart Walk, Relay for Life and the 32-hour Dance Marathon to benefit the Children’s Miracle Network.

“When you hit 12 hours and know you have 20 left, you wonder if it’s worth it,” he said, “Then a 4-year-old kid with leukemia says ‘Thank you.’ It really helped keep my body moving.”

Kauffman also held offices in the accounting honors fraternity Beta Alpha Psi and social fraternity Alpha Epsilon Pi. He is a member of several other honors programs, including Golden Key, Beta Gamma Sigma and the National Society of Collegiate Scholars. As a graduate assistant, he mentored and taught younger students and sat on panels to discuss resumes, jobs, recruiters and interviews.

He considers Associate Professor Frank Heflin one of his most influential mentors. Heflin taught the first class Kauffman took in the Department of Accounting and he became Heflin’s graduate assistant during the 2009 summer semester.

“Heflin was a very challenging professor,” Kauffman said. “But certainly I think he is fair. He has a sense of humor in the classroom. From the first time I had him as a professor to now, he always has had his door open for me.”

Kauffman, a native Floridian from St. Petersburg, said his decision to go to Florida State was an easy one.

“I was born a Seminole, grew up a Seminole and wanted to graduate a Seminole,” Ben Kauffman said.