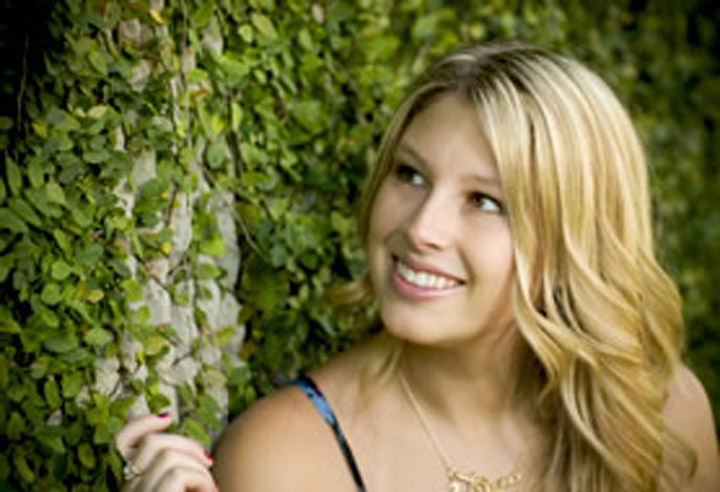 “The faculty challenged me to pursue a well-defined program in mental health and counseling.”

When her grandfather fell ill with cancer at the same time her grandmother grew too frail to drive, Christian “MacKenzie” Smith, then in her second year at Florida State, was living just 15 minutes from her grandparents’ home.

As the only family member close by, she took her loved ones to doctor appointments, picked up their medicines, shopped for groceries and regularly checked on them.

But she had trouble watching the grandfather she loved withdraw and decide not to fight the cancer. “Why not fight? It wasn’t fair,” she said.

So she signed up for a class on aging to help understand him — and found her life’s work, the psychology of aging.

“When I took that first class, I learned that there aren’t enough professionals in the field, especially with the aging of boomers,” said Smith, who graduated with a major in psychology and a certificate in aging studies in Spring ’09. “I learned so much from professors who really knew their subjects.”

Class work was just part of Florida State’s impact on her. “I was able to do so much, I had so many opportunities,” Smith said, her voice slowing as she filtered through them to describe her favorites:

And she was already steeped in Florida State lore. Her mother, Mary Sheila Smith (’81, Parks and Recreation), her father, uncles and cousins were Seminole fans, and she grew up going to football games.

“I got to see the university grow as I grew,” she said. “I will miss Florida State, the camaraderie, the students. I had such an amazing time.”

Smith plans to specialize in the study of mental health gerontology as she earns her graduate degree at Columbia University. She hopes to eventually earn her doctorate and become a researcher and counselor for the elderly. One day, she may return to Florida State to teach.