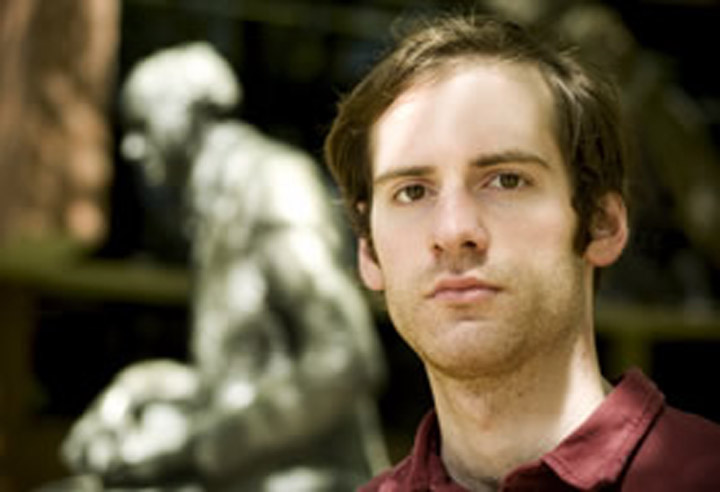 “I think it's neat that there can be a theorem and there are any number of different ways to prove it. One has to create one's own proofs, and there is no set way to do that.”

Florida State junior Alan Kuhnle earned his way into the College of Music with his tuba, then switched his major to physics and then to math. The contrast isn’t as great as it may at first seem.

Music theorists often use mathematics to understand musical structure and some composers incorporate math theory into their work.

According to some experts, even Kuhnle’s fencing is based on mathematical calculations. He has fenced since middle school, is a member of the Florida State Fencing Club and recently defeated two A-rated opponents at an Atlanta meet to earn his highest personal ranking.

Kuhnle, from Oxford, Miss., said he’s attracted to math because there isn’t much emotion in it, unlike music, and he’s come to know himself well enough to realize he prefers logic.

“But math is creative, in a sense,” Kuhnle said. “I think it’s neat that there can be a theorem and there are any number of different ways to prove it. One has to create one’s own proofs, and there is no set way to do that.”

His hard work and research in the unique field of mathematical biology recently earned him the prestigious Goldwater Scholarship, awarded to the nation’s brightest mathematics, science and engineering college students.

“Alan is an exceptional student in a difficult field of study,” said Meredith Simpson, interim director of The Florida State University Office of National Fellowships.

“What makes Alan special is not just his considerable mathematical and computational skills, but even more his independence of thought and his drive to see a project through with minimal guidance,” said Per Arne Rikvold, the James G. Skofronick Professor of Physics who nominated Kuhnle for the award. “I believe he has a future as a creative and productive research scientist ahead of him.”

Under Rikvold’s direction, Kuhnle worked with a doctoral student on a computational study of materials for the next generation of computer hard drives and was credited as co-author of a paper published in the international physics journal The Physical Review B.

Kuhnle also recently received a $4,000 Undergraduate Research and Creative Activity Award from the Office of National Fellowships to study “The Effects of Invasion on the Evolutionary Structure of Multi-species Communities.” For the project this summer, he wrote his own computer program and used computer models designed by Rikvold to simulate the evolution of an ecosystem and analyze how the introduction of species foreign to an ecosystem would change the simulated statistics.

Kuhnle said he is leaning toward graduate work in the field of pure math, broadly defined as mathematics distinguished by its abstraction and beauty and motivated entirely for reasons other than application.

But Kuhnle points out, “What was once pure math in the past is now being applied.”

He said his changes in academic direction have never upset his parents. “Growing up, my dad was an inspiration. He has a Ph.D. in geology and works with the U.S. Department of Agriculture in a research lab in Mississippi. He studies river bottoms and the movement of sediment,” Kuhnle said.

“Every once in awhile, we would visit his research lab and see experiments that he set up. I thought being a scientist was romantic.”