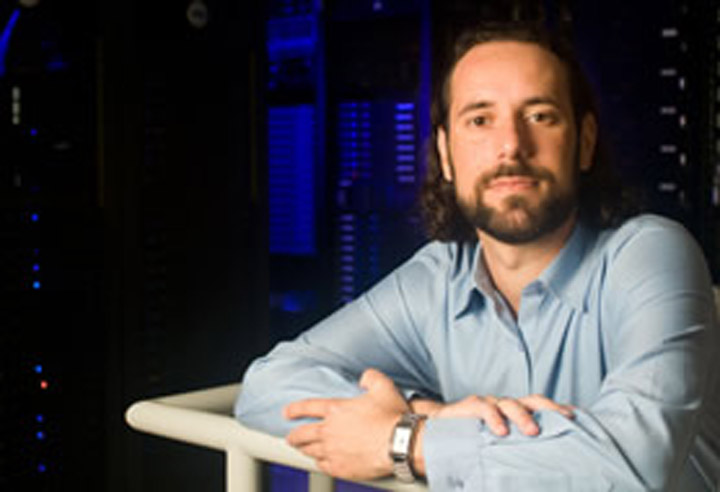 “The Department of Scientific Computing offers an interdisciplinary environment which allows me to interact with scientists of several disciplines, enriching my scientific background and increasing my potential as future member of the scientific community.”

Pablo Seleson, a graduate student within the Department of Scientific Computing has demonstrated an exceptionally high level of performance, with a perfect GPA of 4.0 throughout his graduate studies at FSU. In addition, he has been honored as a member of Golden Key International Honor Society and the Honor Society of Phi Kappa Phi. He was also invited to an internship at the Sandia National Laboratories in New Mexico during the summer in 2008, to work on the implementation of the materials science’s peridynamic theory. Following his research on peridynamics, he was awarded a student paper prize at the thirty-third annual meeting of Southeast-Atlantic Section of the Society for the Industrial and Applied Mathematics (SIAM-SEAS 2009) held in Columbia, SC.

After finishing high school in Argentina, Pablo moved to Israel to study at the Hebrew University of Jerusalem, where he completed his bachelor’s degree with honors. He has focused on, and excelled in, physics and philosophy. He then continued his scientific career completing a master’s degree in physics at the same university, where he was chosen as one of the recipients of the graduate studies excellence scholarship of the Faculty of Natural Sciences.

“FSU’s Department of Scientific Computing offers an interdisciplinary environment which allows me to interact with scientists of several disciplines, enriching my scientific background and increasing my potential as future member of the scientific community.”

As well as the achievements in his graduate work, Pablo has also worked as a youth leader and as a volunteer involved in social work with children, as well as organized educational projects in mathematics.

In the future, Pablo plans to join the scientific community continuing his research on multiscale modeling in science. “My intention is to contribute with the knowledge and experience I have earned in the last years to scientific problems of relevance today and in the future.”