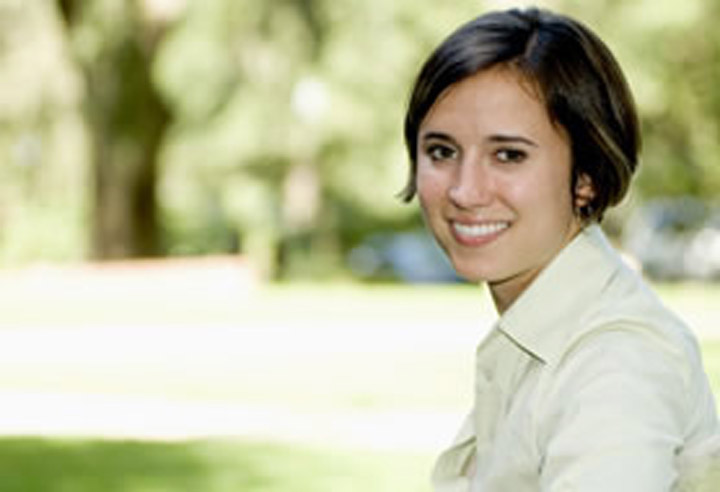 “"Historically, eating disorders were believed to afflict primarily young, Caucasian women; however, recent research shows that this is far from true.”

“Historically, eating disorders were believed to afflict primarily young, Caucasian women; however, recent research shows that this is far from true. Older women, men, and minority populations are all vulnerable, and it appears certain minority groups such as gay men and Latina women may be at a higher risk,” says April Smith, a doctoral candidate in Clinical Psychology who was recently awarded the University’s Presidential Fellowship.

April chose to attend Florida State for the opportunity to work with Dr. Thomas Joiner, an expert in the field of eating disorders and suicidology. Working with this “wonderful and inspiring mentor” has enabled her to explore the interface between anorexia nervosa and suicide.

Hoping to extend her research as to “whether extreme atypical beliefs about beauty are cognitive risk factors for suicidal behavior and anorexia nervosa,” April has applied for a National Research Service Award. “I don’t think many people are aware that anorexia has the highest death rate of all psychological disorders, around 10%, and even fewer are aware that a majority of these deaths are by suicide.”

The sad fact is that anyone can suffer from an eating disorder, but if the patient does not receive the diagnosis, his or her insurance is unlikely to cover the necessary treatment. April believes proper diagnosis may be made more difficult due to the current “categorization system of classification”; that is, “You have it, or you don’t.” Many researchers, however, argue that some disorders exist on a continuum (showing various levels). The statistical procedure Taxometrics may help solve this problem, a subject she discusses in a paper she co-authored, “Taxometric Analysis: Introduction and Overview,” which is in press at the International Journal of Eating Disorders.

Eating disorders are known to exist in other cultures; however, it is unclear whether eating disorders may differ from culture to culture. While teaching English to high school students in Japan, April collected data on the similarities and differences between eating disorder symptoms in Japan and America. Using this data, she recently wrote a paper entitled, “Examining Body Image Discrepancies and Perceived Weight Status in Adult Japanese Women.”

April wants to continue her cross-cultural research. “It will enable researchers to discover similarities and differences in the etiology and presentation of eating disorders, which will ultimately help develop more culturally sensitive theories of their development and treatment.”