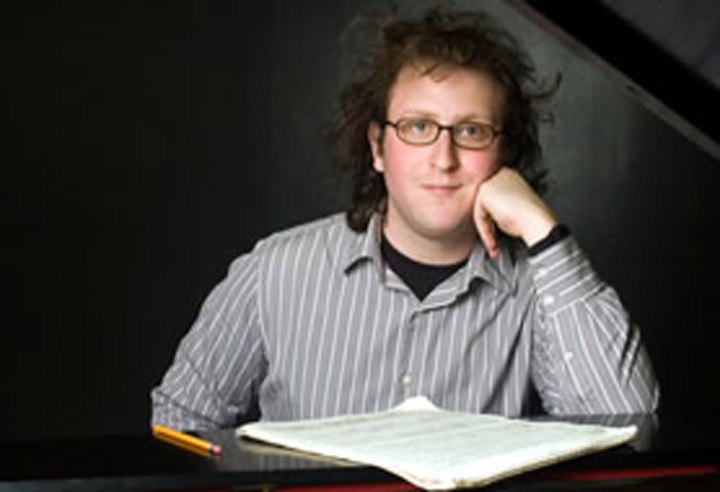 “I hope my musical drama about Theresienstadt will encourage audience members to educate themselves on the obvious parallels with the current genocide in Darfur.”

Composing and playing music while waiting for death by disease, starvation, or gas—this was the daily life of many talented musicians and composers imprisoned at Theresienstadt, the Nazi concentration camp just outside Prague.

In response to pressure from the International Red Cross, which was investigating allegations of abuse, the Nazi’s developed the Theresienstadt camp with the intent to deceive the outside world. Prisoners were allowed to keep their instruments and were encouraged to form orchestras, quartets, and choirs. Operas were produced, works were composed, and performances were given. Then, after being forced to participate in a propaganda film, those musicians and composers who remained alive were transported to Auschwitz.

To study the music and lives of the musicians imprisoned at Theresienstadt, David Brown, a junior majoring in Music Composition, has been granted the Undergraduate Research and Creative Activity Award. Monies attached to the award have enabled him to perform research in Prague.

Incorporating musical elements gleaned from his research, David and a Rollins College Theatre professor are working together to “create a musical drama that will bring light to this amazing story.”

“Important world issues” concern David. While studying at the University of Central Florida, he led efforts to spread awareness on the situation in Darfur, and he managed to raise nearly $50,000 for the refugees. He says, “I hope my musical drama about Theresienstadt will encourage audience members to educate themselves on the obvious parallels with the current genocide in Darfur.”

A superb student (he maintains status on the Dean’s list), David has been inducted into several honor societies, including Phi Eta Sigma and the National Society of Collegiate Scholars. He’s pleased he chose to transfer to Florida State, which has “one of the best music schools in the country, a world-class music library, plenty of practice rooms, great ensembles, and perhaps most importantly, an enormous faculty of experts in just about every musical field.”

After graduation in the spring, David plans to attend graduate school and to continue musical activities of composing, conducting, and piano performance.