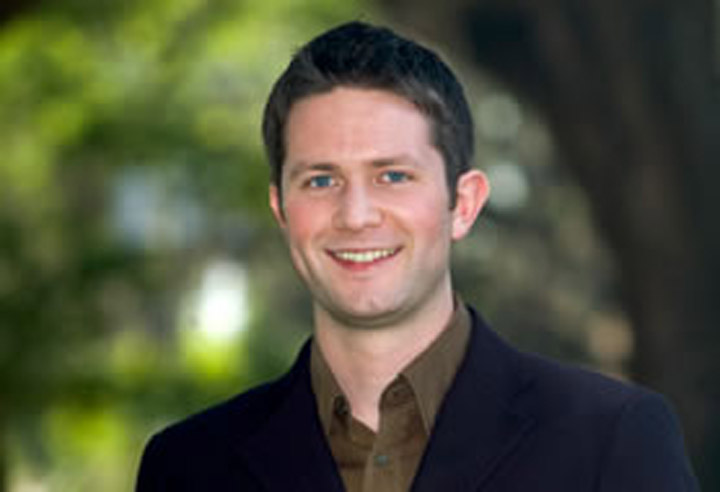 “I hope to impact the literature on German and Austrian Expressionists and their role in the visual culture of turn-of-the-century Munich and Vienna.”

For the first 30 years of the 20th century, European artists struggled to break free of traditions and to develop a modern language of color and form. In Germany and Austria, Expressionism focused on the anxieties of modern life, social problems, psychology, and sexuality.

The DAAD, which covers August and September, allows him to perform research for his dissertation on Austrian Expressionism in Munich, Germany. He says, “Since a number of Viennese artists were exhibiting their works in Munich, and collaborating with German Expressionists, my project is concerned with the social and cultural history of Vienna and Munich. I hope to impact the literature on German and Austrian Expressionists, their role in the visual culture of turn-of-the-century Munich and Vienna, and to provide a focused study on the confluence of the visual and theatrical arts.”

For it is “the use of expressive theatrical body gestures in Viennese Secessionist paintings, and specifically those appearing in Expressionist works by Egon Schiele, Oskar Kokoschka, Koloman Moser, and Max Oppenheimer” that interests Nathan. “Not only the enigmatic gestures presented in these paintings, but also the iconography of body gestures enacted during Viennese cabaret and theatre performances. My study will also challenge the notion that works by Schiele and Kokoschka embody a Freudian psychoanalytic understanding of narcissism, while conversely exploring how the contemporary discourse on psychoanalysis may have affected Vienna’s visual culture at this particular moment of time.” The Fulbright will enable him to conduct research in Vienna from October 2007 to the end of June 2008.

Although Nathan has exhibited his paintings and photographs in the past, he does not consider himself an artist. However, it is his “understanding of artistic processes, of working with new media and devoting time and attention to one’s art” that has affected how he “reads particular images within an art historical discourse.”

Interestingly, it was Nathan’s semester abroad, in the United Kingdom, studying British art history and literature and Irish theatre that greatly impacted his choice of careers. His hope is to use his research, teaching experience, work at the National Gallery of Art, his publishing record—Rutgers Art Review, Chicago Art Journal, and Athanor—and his numerous presentations—from Munich to Oregon—to instill a love of art and culture in future generations of college students.