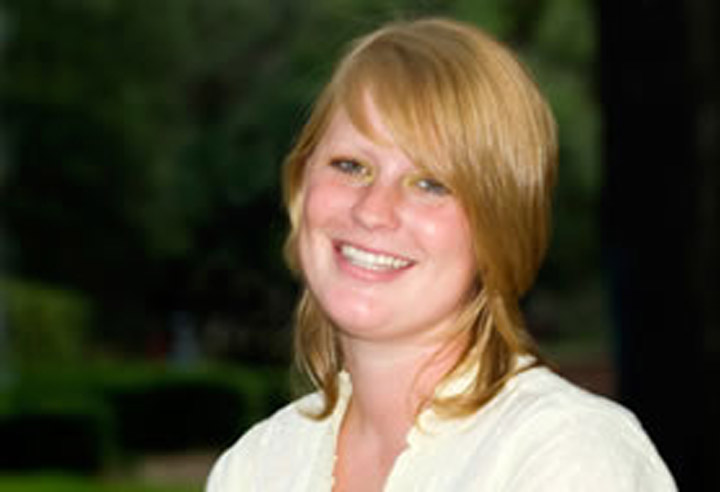 “Religion is one of the most complex cultural developments that humankind has ever generated, connecting our evolutionary development as animals with higher cognitive processes.”

The prestigious Fulbright Program, designed to foster cross cultural exchange and communication, seems made for Megan Hewitt, who enjoys immersing herself in other cultures.

It was her love of travel that drew Megan to the study of Anthropology, but in taking courses from Kathleen Erndl, associate professor of Religion, she found a “fantastic union” between the two fields. “When I looked at Religion as a global phenomenon from an anthropological perspective, I found a profound appreciation for diversity. Religion is one of the most complex cultural developments that humankind has ever generated, connecting our evolutionary development as animals with higher cognitive processes. This marriage between the tangible, physical world with that of the spiritual and esoteric essentially defines our humanity.”

“I fell in love with Indonesia through music,” she says, “particularly Gamelan, a musical form intrinsically connected to spiritual elements of Hinduism in Bali. The entire religious cosmology and belief system is incorporated into every aspect of the musical form (instrumentation, rhythm, meter, and performance).” Megan will be teaching in Semarang, Central Java, where Javanese Gamelan, which shares “a lot of similarities” with Balinese Gamelan, is played. “It will be a great opportunity to compare the two musical forms.”

Yet, the primary reason for her interest in Indonesia is the “religious syncretism between Hinduism and Islam” in that country. “As a Muslim majority country, one would expect conservatism to be predominant,” she says, “but there is a great deal of cultural exchange between all of the religious communities in Indonesia. It is this dynamic that I appreciate the most.”

While there, Megan will use the opportunity to learn Bahasa Indonesian. “Apparently, it is one of the easiest spoken languages to learn. Most people are fluent in another language that is more culturally relative to their region or religious practices, but everyone speaks Bahasa, which expresses Indonesia’s extreme diversity.”

Once her stint in Indonesia is over, Megan “would like to travel for a couple of months around Southeast Asia—Vietnam, Thailand, Laos, and Cambodia.” She luckily has friends who are interning and teaching in Japan, South Korea, and India. “I am going to travel for as long and as far as my personal funds will allow, but for now, I want to appreciate all of the opportunities that have been placed in front of me.”