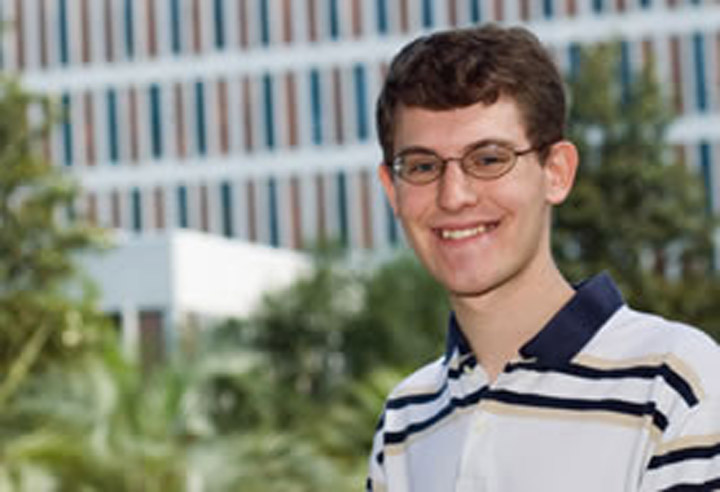 “I love the fact that my International Affairs major allows me to study history, politics, and economics because all are necessary for resolving many of today's most pressing issues.”

Before 9-11, Ryan Smith knew very little about politics—”I couldn’t tell you the difference between a Republican and a Democrat.” However, after “seeing those horrific images,” he viewed “the world as a dangerous and complex place.” And he vowed to “do something to change the situation.”

Political discussions in his high school International Baccalaureate (IB) and Advanced Placement (AP) classes and news programs such as The O’Reilly Factor helped him develop his political beliefs. Further influenced by current and past presidents, he became a “staunchly conservative Republican who eats, sleeps, and breathes politics.”

The IB and AP classes enabled Ryan to begin his college career with a declared major in Political Science. Carrying a double major in International Affairs (IA) would give him a wider perspective. “I love the fact that my IA major allows me to study history, politics, and economics because all are necessary for resolving many of today’s most pressing issues—the war on terror, the global expansion of democracy, and immigration.”

Ryan takes his studies seriously—an Honors student, he has a nearly perfect GPA. And he finds time to stay “heavily involved in the College Republicans of FSU,” a recognized student organization of over 1400 members. He is now serving as its vice chairman. “We’re a tight-knit group dedicated to providing a conservative voice on campus and to registering voters. We help the Republican Party of Florida with various campaigns and provide our politically savvy members opportunities to get involved in the process.” As the regional second vice chairman for the Panhandle Region of the Florida Federation of College Republicans, he “helps start chapters in schools across the Panhandle.”

To prepare for his work on the upcoming presidential campaign, Ryan interned for six months with the Republican Party of Florida, gaining experience while working on Charlie Crist’s gubernatorial campaign. “I helped manage volunteer coordination, phone banks, and voter registration events.” Currently, he is helping with the special election for Senate District 3 by “pushing absentee voting and getting out the Republican vote.”

In the fall, Ryan will take over the College Republican’s vice chair position—”providing students with opportunities to learn about the various Republican candidates and becoming involved in the campaign process, if they so desire.” After graduation in the fall, however, he hopes to accomplish something greater—to put another Republican in the White House.

The 2008 presidential elections should prove to be anything but dull.