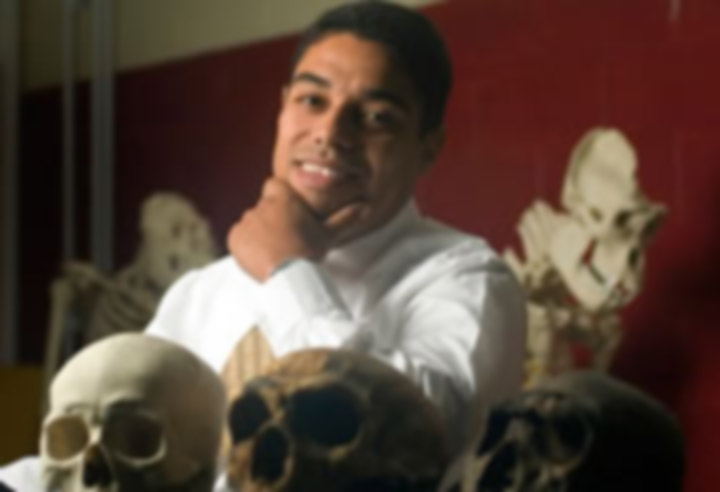 Walter Warner can attest to the fact that learning is a life long process. Actually fulfilling the requirements for a college degree, however, was not possible for Walter until he reached the age of 32. His first day at Florida State will always be his most memorable. “I finally made it!”

FSU has turned out to be the “best fit,” he says, because “this great university supports students and encourages them to succeed.”

And succeed he has. A member of the University Honors Program, he was awarded the Undergraduate Research and Creative Activity Award, and recently completed his Honors in the Major thesis, “Ceramic Technology and Fabric Analysis of Early Copper Age Pottery on the Great Hungarian Plain.”

As a member of the Körös Regional Archaeology Project in Veszto, Hungary, Walter fulfilled his field school requirements in 2005. He returned to Hungary for the summer, but this time he is mentoring other undergraduates in the excavation, analysis, and interpretation of their archaeological discoveries.

In April of this year, Walter was a presenter at the annual meeting of the Society for American Archaeology in San Juan, Puerto Rico. This was an especially meaningful trip for him, as he plans to pursue a law degree and a master’s degree in Anthropology. With such credentials, Walter will be able to serve his “community by preserving our cultural resources.”