Florida State University’s men’s and women’s tennis swept the team awards at the 2014 Golden Torch Gala on Oct. 1 — an event that has acknowledged the success of student-athletes in the classroom for the last 24 years. 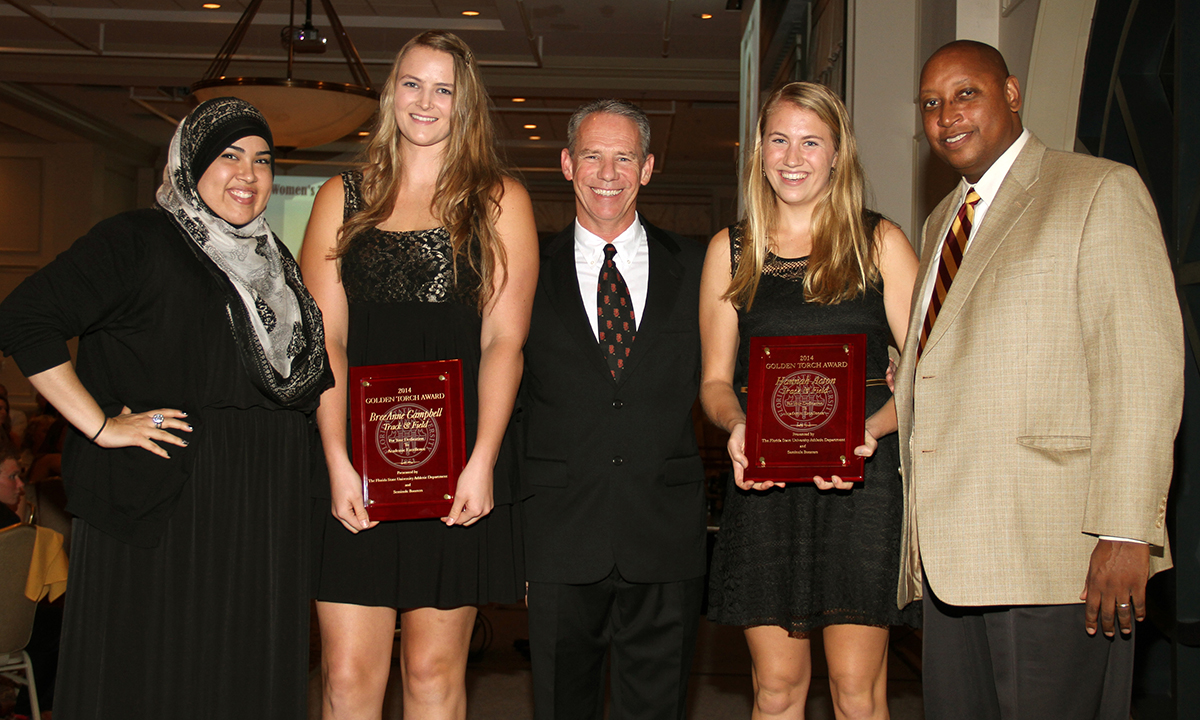 Other notable honorees were softball’s Lacey Waldrop and men’s basketball’s Brandon Allen. Waldrop, the USA Softball National Player of the Year in 2014, posted a 3.781 GPA to win her team’s individual award. Allen, an electrical engineering major, turned in a 3.563 GPA in his freshman season as he helped the Seminoles advance to the NIT semifinals.