Nikki Giovanni, a world-renowned poet, writer, activist and educator, delivered the keynote address during the annual Commemorative Celebration, the highlight of several events held during Florida State University’s 25th Annual MLK Week, Jan. 14-21. The theme of the weeklong celebration to recognize Dr. Martin Luther King Jr. was “Living the Dream, Being the Legacy.”

Early in Giovanni’s career she was dubbed the “Princess of Black Poetry,” and over the course of more than three decades of publishing and lecturing, she has come to be called both a “National Treasure” and, most recently, one of Oprah Winfrey’s 25 “Living Legends.” The author of about 30 books for both adults and children, Giovanni is a University Distinguished Professor at Virginia Tech in Blacksburg, Va.

During her address, Giovanni said that there is still work to do before King’s dream of a nation “transformed into an oasis of freedom and justice” becomes a reality.

“We are Americans,” she said. “We have no right to be hungry, or thirsty, or tired. We are the inheritors of a great idea, and we have to find a way to make that idea work —that all people are created equal.”

In comments after the address, Giovanni said King was to be admired not only for the eloquence but also for his courage.

“A lot of people speak of Dr. King as, you know, what wonderful words he had,” she said. And I really just want to remind people, it wasn’t the words, it was the actions that he actually backed up, that he was a soldier on the front line. And you have to admire that.”

In addition to Giovanni’s address, the Commemorative Celebration featured student performances, an announcement of the MLK Book Stipend scholarships, and the presentation of the 2013 Dr. Martin Luther King Distinguished Service Award. The award honors a university employee who has rendered outstanding service in keeping with the principles and ideals of King. The award carries a $1,000 stipend.

The Commemorative Celebration, which is sponsored by the Student Government Association and the Golden Tribe Lecture Series, was held Jan. 16 in the Oglesby Union Ballrooms.

A Freedom March, hosted by the Florida State University chapter of the NAACP, preceded the Commemorative Celebration. It began at the university’s Integration Statue on Woodward Avenue and proceeded to the Oglesby Union Ballrooms for the celebration. In addition, 10 students from six Leon County high schools were campus that morning to participate in interactive workshops, mentoring opportunities, the Freedom March and the celebration.

A “dinner dialogue” was held on the evening of Jan. 16 to provide students, faculty and staff an opportunity to interact with Giovanni in an informal atmosphere. That event was sponsored by FSU’s Center for Leadership and Social Change and the Seminole Torchbearers.. 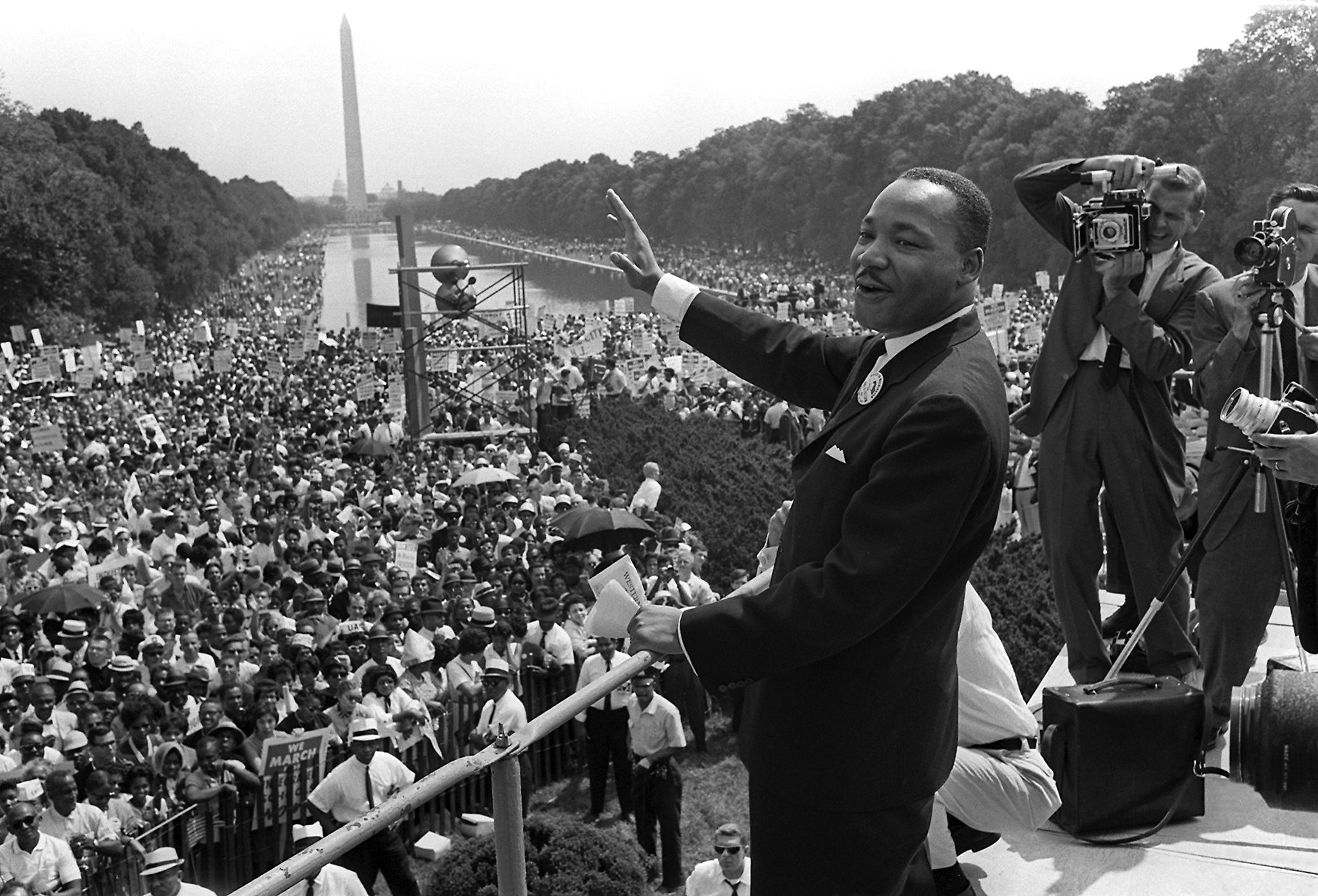 Dr. Martin Luther King Jr. delivers his epic "I Have a Dream" speech from the steps of the Lincoln Memorial in 1963.

The week’s other events included:

To view the entire schedule of events and more information, visit http://www.sga.fsu.edu/mlk_week/cal.html.