Seminole royalty will be in the spotlight as the Florida State University Alumni Association rolls out the red carpet for an esteemed group of individuals at its annual Homecoming Awards Breakfast.

It will take place Saturday, Oct. 27, in the Alumni Center Grand Ballroom, 1030 W. Tennessee St. Doors open at 8:30 a.m. with the program beginning at 9 a.m. To purchase tickets, click here.

“The awards breakfast is one of the greatest Florida State traditions, and especially so this year,” said FSU Alumni Association President Scott Atwell. “For the first time since the Grads Made Good recognition was started in 1974, the award will be co-presented this year by Omicron Delta Kappa and the Alumni Association. I’m grateful to the ODK leadership for allowing our entire alumni family to share in the ownership in this marquee program.”

In addition, the Homecoming Awards Breakfast will formally recognize and celebrate the recipients of the Bernard F. Sliger Award and the Alumni Award for Distinguished Writing, which also are chosen by the Alumni Association.

What’s more, the student-run Garnet and Gold Key leadership honor society will present the Ross Oglesby Award to a faculty or staff member with 10 or more years of exemplary service to students and the university. While the identity of the Ross Oglesby Award recipient is always kept secret (even from the recipient) until it is announced, the names of the other Homecoming honorees are disclosed in advance. 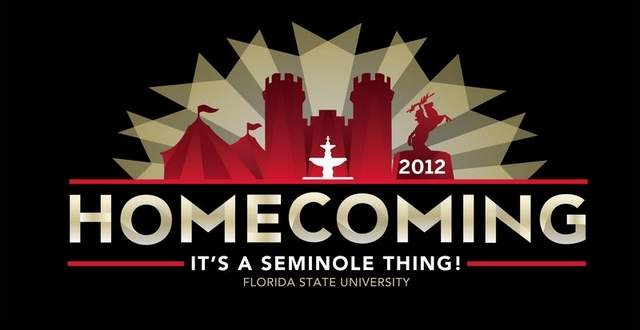 This year’s award recipients are:

Jim Pitts, the longtime director of Florida State’s International Programs is the recipient of the Bernard F. Sliger Award. Named for Florida State’s 10th president, it recognizes a member of the university community who has made a major contribution toward the fulfillment of its mission.

After earning his doctorate in economics from the University of Kentucky in 1968, Pitts came to Florida State as an assistant professor of finance and qualitative analysis in the College of Business. He became a certified public accountant in 1973 and rose to the rank of professor in 1977. In 1980, he began serving as associate dean of the College of Business. Pitts served as president of the Florida State University Foundation from 1989 to 1990, and vice president for University Advancement from 1989 to 1992. Pitts returned to teaching in 1992 and was named director of the university’s International Programs in 1995.

Pitts was inducted into the Florida State University Alumni Association Circle of Gold in 1998.

Professor and poet David Bottoms Jr. is the recipient of the Alumni Award for Distinguished Writing. Bottoms, who earned a doctorate in creative writing and American poetry from Florida State in 1982, holds the Amos Distinguished Chair in English Letters at Georgia State University. For the past 12 years, he has served as the poet laureate of Georgia.

Bottoms’ first book, “Shooting Rats at the Bibb County Dump,” was chosen by Robert Penn Warren as the winner of the 1979 Walt Whitman Award of the Academy of American Poets. His poems have appeared widely in magazines such as The Atlantic, The New Yorker, Harper’s Poetry and The Paris Review. He is the author of seven other books of poetry, including his latest, “We Almost Disappear.” Bottoms has been honored with numerous awards throughout his career, including the 1985 Levinson Prize and the 2002 Frederick Bock Prize, both from Poetry magazine.

Grads Made Good are Florida State University alumni who have achieved outstanding success in their fields. This year, two such alumni have been chosen:

James Edward “Jim” Billie, chief of the Seminole Tribe of Florida, and Tony Sanchez, president of the Seminole Tribe of Florida, are being honored as this year’s Alumni Association Homecoming Parade grand marshals. The Homecoming Parade begins at 2 p.m. on Friday, Oct. 26, from the Tallahassee-Leon County Civic Center. From there, it proceeds north along Martin Luther King Boulevard, west along College Avenue and south along Copeland Street.