The Fed moved Wednesday to increase its federal funds rate — the rate at which banks borrow and lend to one another overnight — 0.75 percentage point to a target range of 1.50%-1.75%. It marked the third rate increase this year from the central bank, which hadn’t previously raised rates since 2018, and the largest increase since 1994.

Like other economists, Holcombe suggests the Fed has little choice but to raise interest rates as inflation continues to soar and force Americans to spend more of their money on necessities such as food and gasoline.

He adds: “The last time inflation got out of hand, requiring strong policies to control it, was in the early 1980s, and one consequence was a major recession. That could happen again.”

Other FSU experts on interest rates, investments and the economy include: 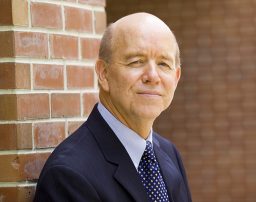 William Christiansen (wchristiansen@business.fsu.edu), the Truist Associate Professor of Finance and longtime chair of the Department of Finance in the College of Business. Christiansen has published articles on macroeconomic policy and economic performance issues, among various topics. After the Fed’s March rate increase, he said the central bank’s objective was to “lower inflationary pressures without causing extreme slowing in the economy. It’s very challenging in the current environment.”

After Wednesday’s news, Christiansen said the rate-setting Federal Market Open Committee “had to take an aggressive approach to address the high inflation rate. We need to slow down inflation. What we should note is that this likely will slow down the economy and likely will bring down inflation as caused by overheating, or the demand side, but we still have a problem with the supply side and the supply-chain stress that we are feeling, because it as a global measure. The Fed can’t do much about that.” 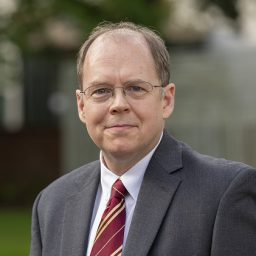 Steven Perfect (sperfect@business.fsu.edu), an associate professor in the Department of Finance. He has published various articles in peer-reviewed academic journals, including Financial Management; the Financial Analysts Journal; the Journal of Banking and Finance; the Journal of Derivatives; and the Journal of Empirical Finance. Before returning to academia, he directed options trading, quantitative analysis and risk analytics for energy companies.

Perfect said Wednesday’s action was “pretty fully priced into valuations over the past several days” and that “stock values may consolidate in the near term as the market evaluates the seriousness of the Fed in combating inflation. The Fed will attempt to thread the needle on reining in inflation while not slamming economic growth. Past experience is not very comforting when judging their likely success, but we can always hold out hope.”