An industry expert and Florida State University alumnus has returned to campus to help launch and direct a one-of-a-kind program in public and architectural art.

Von Roenn succeeds Robert Bischoff, the first and longtime director of the Master Craftsman Studio, who has retired.

Von Roenn is ready to impart to students the wisdom he has gained as CEO and president of the Louisville, Ky., firm, a company recognized for its innovative use of new technologies in designing and building architectural glass pieces.

“I want to accomplish the last goal of my professional career,” he said of passing on his years of experience and industry knowledge.

A native of Louisville, von Roenn attended Florida State on a full athletic scholarship in springboard and platform diving, earning a Bachelor of Arts in 1970. He merged his loves — diving and glass art — in the 1980s, earning a master’s in architecture from Yale University in 1981 and setting two world records in diving.

Von Roenn’s resume is peppered with experience in academia. He taught architectural art courses at the University of Kentucky School of Architecture in the ’70s, and was director of the Swain School of Design’s Architectural Art Department in New Bedford, Mass., in the late ’80s.

Few know better than von Roenn what students must learn to be successful in the public and architectural art field.

In short, the process of creating public art is very complex. Public artists have to consider local zoning laws, for example — and projects involve hundreds of people.

“Artists should be educated and prepared if they’re going to work in this arena.”

And when they are not prepared, von Roenn added, projects are derailed by mistakes, cost overruns and construction delays, to the point that there is a resistance to incorporating art in public projects.

There are more than 550 public art agencies regularly commissioning projects, he said, but there is no education and training for the artists doing that specific kind of work. Realizing a project is key.

“That’s what makes FSU so different,” von Roenn said. “Other programs teach technique — but we teach the ‘start to finish.'”

The undergraduate program is intentionally small in number, he said, as the program is in its infancy. No additional faculty has been hired; the art department already has faculty well versed in public and commissioned art, so the program is making use of existing resources, von Roenn said.

Interns of the program will work in the Master Craftsman Studio, the site of the program’s studio classes. The studio’s craftspeople, working professionals, many of them graduates of Florida State, will serve as mentors for each intern.

Undergraduates will earn a certificate in public art/architectural art. Plans call for the creation of a post-baccalaureate program in public art and architectural art. This program is geared toward working artists who want to further their career and skills, von Roenn said. The program’s theoretical work can be done online. Students would then come to campus for two six-week periods in the summer to complete the course of study.

This curriculum allows working artists to keep their jobs and not have to relocate. These creators of public and architectural art have degrees in fine art, von Roenn said, but have to learn the elements of the public art process on the job.

Which is why von Roenn believes the post-baccalaureate program will really take off. He knows people in the industry who have said they’ll apply when the program is up and running. 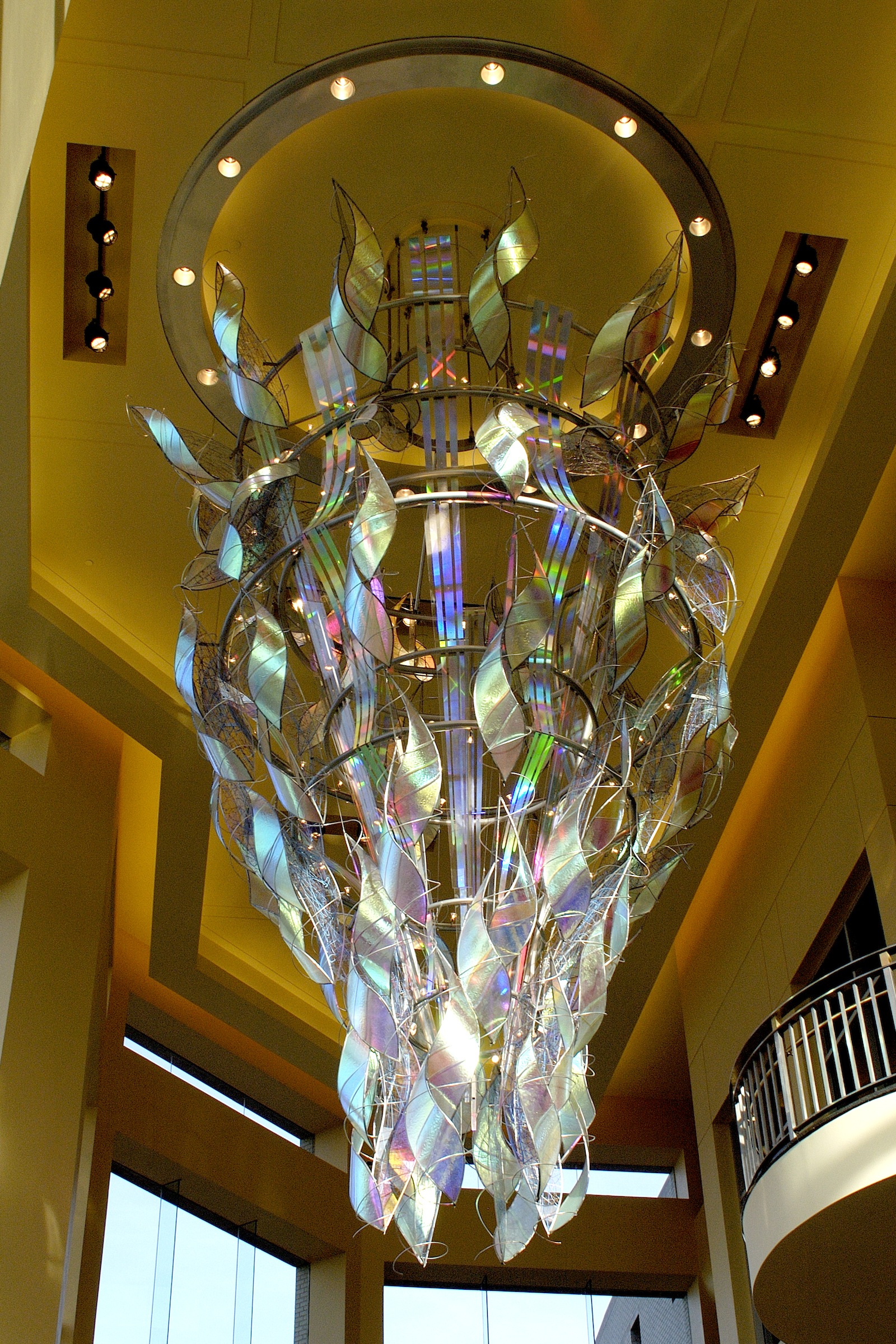 “The Department of Art and Master Craftsman Studio have gained a great asset in Kenn,” said Carolyn Henne, chair of the Department of Art. “Together we are forging a Public Art/Architectural Art Program for undergraduate art majors that will assure that they can compete knowledgeably and successfully for public art commissions. Kenn’s expertise is key to the development of this program.”

The new Public Art/Architectural Art Program in the College of Visual Arts, Theatre and Dance’s Department of Art welcomes its first group of students this fall. These undergraduate art students are embarking on a course of study von Roenn says is unique and necessary for those who want to create art for the public.

“This is the only one of its kind in the country. Our program prepares students to work in the real world in public art projects,” he said.

Creating art destined for a gallery wall or collector’s home is vastly different from making a work for the general public, von Roenn said.

Imagine the logistics of making and installing the world’s largest glass sculpture, which von Roenn designed and his Louisville studio produced. The 500,000-pound sculpture atop the former Wachovia Bank headquarters in Charlotte, N.C., can withstand hurricane force winds.