It took fans of Charles Dickens more than a year to get through the original publication of “Bleak House” — a gripping novel of intrigue and corruption that many scholars hail as his finest work.

The book was originally published in 20 monthly installments between 1852 and 1853, and featured a lengthy cast of characters as eclectic as any good PBS melodrama. Among them: an orphaned heiress, a crusty baronet and a maidservant prone to fits.

Luckily for Florida State University students, no one need wait a year and a half to learn the outcome.

Beginning at 10 a.m. Tuesday, Oct. 2, Florida State will kick off its second annual Read-A-Thon, featuring “Bleak House” as this year’s book of choice. 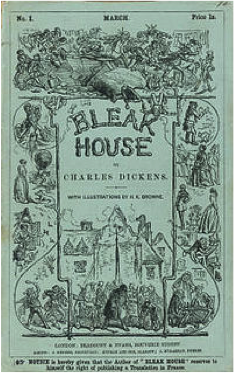 President Eric J. Barron, as well as a roster of enthusiastic students — including members of Florida State men’s basketball team, and the women’s volleyball and soccer teams — will take turns reading aloud from the novel. So will readers from the FSU School of Theatre.

The event will take place on the first floor of R.M. Strozier Library, although the exact spot has yet to be determined.

“A Read-A-Thon is a celebration of language and storytelling — something that’s important to all of us as human beings,” said Margaret Wright-Cleveland, director of Florida State’s Office of Faculty Recognition, which is sponsoring the Read-A-Thon.

“The event makes even very traditional literature accessible because it doesn’t take us far from daily life — students can walk around the library, check their Facebook and listen to Dickens,” said Wright-Cleveland, who noted that the 19th-century British novel is actually very current because of its theme of corruption in the political and legal systems of the era.

At the time of publication, the novel transcended education and social class, she said. “Even the semi-literate and illiterate were hooked and followed along by having people read it aloud to them.”

The School of Theatre and the Florida State Opera are working to provide a visually interesting backdrop for the reading.

The reading of “Bleak House” should take around 30 hours, as compared to a somewhat breezier 23 hours for last year’s marathon reading of “Moby Dick.”

“The dead time is usually between in the very early hours just before 7 a.m.,” said Wright-Cleveland, who stayed up all night for last year’s Read-A-Thon. “We had about four students who took turns helping me read in the middle of the night. We’ll get through it again — even if I have to read aloud to students at 3 a.m.”

Volunteers are needed to read, and the event is open to the community. To sign up, visit www.ofr.fsu.edu and click on the “Volunteer Spot button, though Cleveland said that for those who want to just show up and read, it’s not necessary to sign up in advance.