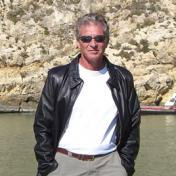 Beaumont is an expert on the economics of the Middle East and North Africa, and can address the ways in which unrest can affect oil prices and financial markets.

Although each Middle Eastern and North African country is unique, economic conditions are playing an important role in the current unrest in the region. Libya, for instance, is a fairly well-off nation in the region but the one in three Libyans living in poverty have not shared in the prosperity. Yemen is a poor country and, with a median age of 18, the population is impatient for change. Tunisia and Egypt are somewhere in between but have large populations of disaffected and well-educated young people who finally reached a tipping point for change.

Over the past decade,the United States has spent about $1.2 trillion — or $11,000 per U.S. household— on the Afghanistan and Iraq wars. This is roughly equal to the amount of money that we have spent on oil imported from the Middle East over the same period of time. This spending has had a dramatic effect on U.S.domestic and foreign policy, as well as world financial markets. Meanwhile, over the past decade we have spent less than a dollar per U.S. household on non-military economic aid to the entire Middle East and North Africa region.The average American is less aware of these numbers than the participants of the Arab Spring uprising, who will be keeping a close eye on U.S. policy in the region over the next couple of years.