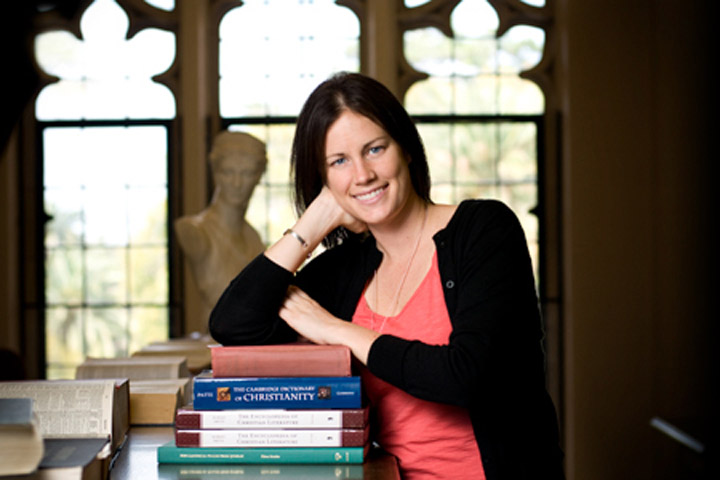 “Religion is a vital part of every culture and has the potential to impact how people participate in politics and the way they conduct economic transactions.”

Doctoral candidate Dianna Bell has been fascinated with anthropology since she was a young girl. What initially captured her imagination was the realization that people of varying cultures could live so differently and yet share such broad similarities.

Born and raised in Salt Lake City, Bell received her undergraduate degree from Brigham Young University and her master’s in anthropology from the University of Idaho. Graduate school is when Bell’s focus turned more toward religion and its effect on differing cultures.

“Religion is a vital part of every culture and has the potential to impact how people participate in politics and the way they conduct economic transactions,” Bell said.

While a master’s student, Bell traveled to the African nation of Mali to conduct research on Muslim traditions. In preparation for her trip, Bell came across research on West African cultures being conducted by Florida State University anthropologist and assistant professor Joseph Hellweg.

Bell and Hellweg began corresponding, which eventually led to Bell pursuing her doctorate in history and ethnography of religions under the direction of Hellweg at Florida State.

Bell continued her research of religion in Mali for her dissertation, amassing a total of nearly 15 months of fieldwork.

“I had originally planned to focus my dissertation on the differences in Muslim practices across Malian culture, but that all changed when I met Amadou Diallo,” Bell said.

Diallo, a rope maker and elder in a local Malian community, befriended Bell. Their numerous conversations in his native tongue — a language called Bamanankan — lead to his life story becoming the basis of her dissertation.

“Meeting Amadou shifted my dissertation to what Islam has meant for a particular individual during the different stages of his life and in the different places he’s lived in West Africa,” Bell said.

Hellweg spoke highly of Bell and what her research represents.

“Dianna’s dissertation portrays Islam as an open, adaptive system, distinctive in its commitments, diverse in its expressions, and far removed from the fundamentalist portrayals of popular stereotypes,” Hellweg said. “Her research documents how Muslims in Mali evaluate their everyday lives in moral terms that link Islam to their daily activities, including marketing, education and interactions with the environment.”

Bell continues to work on her dissertation and is on track to graduate in the spring of 2013. After graduation, she hopes to secure a position in academia or with a governmental or non-governmental organization focused on West Africa.