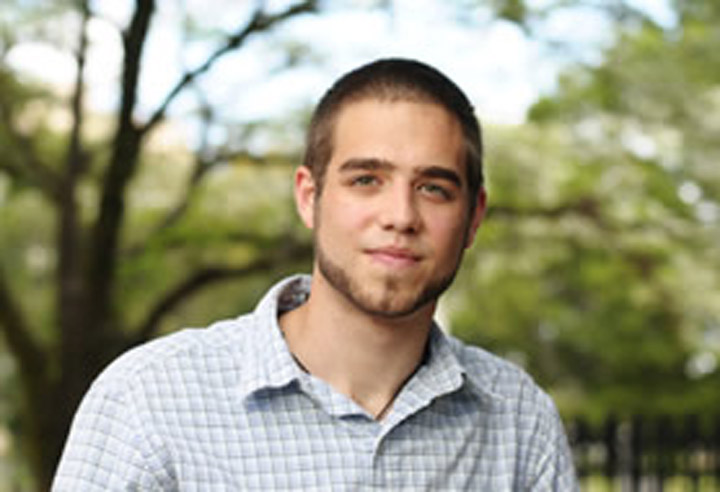 “The chance to do undergraduate research should not be missed. If any student is considering it, I say 'do it.”

This can’t have happened many times in the history of the university.

Senior biology student Chris Matechik and his younger brother, Greg, are the fourth and fifth Matechik sons to attend Florida State. “Mark, the sixth and final, brother is still in high school,” he said. “Even though we hope he will attend FSU we try not to put too much pressure on him about it. I also have two sisters, Mary and Veronica.” Brothers Steve, Matt and Thomas have already graduated from Florida State.

Chris’ decision to attend Florida State wasn’t completely a matter of tradition. “I wanted to go to a school that had a reputable ecology program. FSU’s program and its new facilities in the King Life Sciences Building, which were nearly complete when I was accepted, played a role in my decision.”

Dr. Felicia Coleman, who — along with Dr. Chris Stallings — is directing Chris’ current research, has high praise for the student. “He is among the brightest, most intellectually agile undergraduate students I’ve ever met. He has an innate proclivity toward science.

“(Chris) understands much about the scientific process and how to go about developing a conceptually interesting and challenging project,” said Dr. Coleman. “He has already focused his interests above the choice of a system or a favorite organism. In this, he is as insightful as the best beginning graduate student coming into our department.”

Dr. Stallings made a similar observation about Chris. “The first time I met him, I was impressed that his research interests were motivated by process-oriented questions, rather than those pertaining to a particular organism or system,” said Dr. Stallings. “This way of thinking is critical to being a good scientist.”

Chris received an Undergraduate Research and Creative Activity Award for the Honors thesis research project he began at the Coastal and Marine Laboratory at St. Teresa Island this summer. “I am examining how predators influence where pinfish live and how where pinfish live determines their growth rate. So I am examining how the threat of predation influences the growth of pinfish,” he said.

How do you convince the fish to stay where you want them to be? “That’s the part that slowed me down in the beginning. Figuring out how to build a cage that would work was a challenge.”

Dr. Stallings was impressed with the way his student handled that challenge. “Like all scientists striving to conduct original research, Chris has encountered numerous obstacles. The way he met and overcame the obstacles is truly commendable, both in terms of his effectiveness and attitude,” said Dr. Stallings. “Chris should get a ‘MacGyver Award’ for his resourcefulness.”

“The chance to do undergraduate research should not be missed,” said Chris. “If any student is considering it, I say, ‘Do it.’ It’s not a lifetime commitment. … No matter how much you learn in class, research broadens your understanding.”

Chris’ commitment to undergraduate research is more than talk. He has served on the Student Council for Undergraduate Research and Creativity and the editorial staff for its journal.

After graduating this spring Chris hopes go on to graduate school to study population ecology, wildlife biology or fisheries ecology.

Dr. Stallings believes Chris will make that transition easily. “He already displays the qualities necessary for success in graduate school. … In fact, he reminds me of a student with a couple years of graduate study under his belt already.”