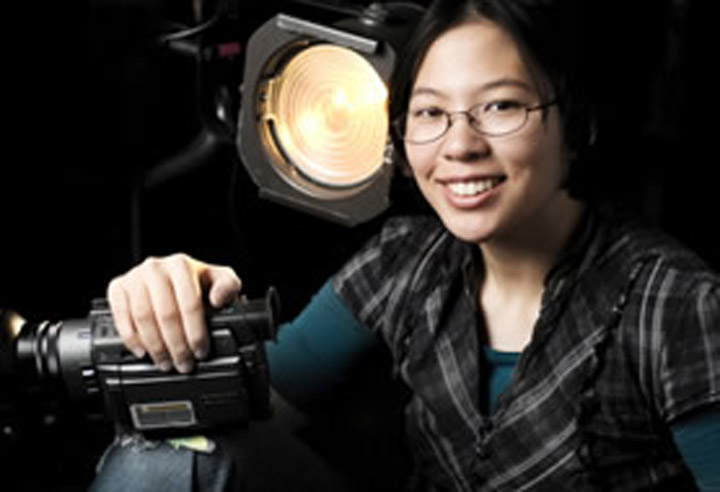 “I've done a lot, hoping that I've taken advantage of the opportunities that have been presented to me at FSU. Now, I want to share and use the knowledge I've learned.”

Chantel King, a native of Tallahassee, came to FSU with a close perspective of college life, having graduated from Leon High School just minutes from campus. She spent much of her youth playing violin and French horn with her middle and high school ensembles and she attended numerous events at the Florida State campus. Growing up, she figured that FSU would be a continuation of her local high school experience. However, after four years enrolled in media production and theatre, she departs with a true appreciation of the Florida State spirit, which is a world apart from her previous understanding.

Chantel has made a tremendous impact on the FSU community, having given her time in several theatrical productions, including several stints as Stage Manager and Production Manager. She has been active as a performer with the FSU Circus and she served for two years in the co-ed service fraternity, Alpha Phi Omega. During her freshman year, she was in Mas n Steel, the steel band group. She currently works for WFSU-TV where she does a variety of tasks. She helps set up sets and lights, works a camera, and assists in producing packages for a local show.

Academically, Chantel has been named to the Dean’s List five times in her tenure at Florida State University. She has been recognized with an Honors in the Major award for a full-length screenplay musical Read All About It, which was one of the first dual-authored Honors in the Major projects in the Department of Communication. Chantel and her partner, Kristen Rodriguez, wrote the lyrics for all of the featured songs, with three of them set to music composed by others. She was selected as Stage Manager for the Main Stage subscription series show Picasso at the Lapin Agile. She served as Producer and Costume Designer for Deadfall, a student movie conducted through the Narrative Project in the College of Communication. Her next Stage Management show will be for On the Town at FSU in the Fall. Clearly, Chantel has a passion for movie and theatrical productions, and she hopes to continue that work post-graduation.

One of the more interesting experiences that Chantel has from her time at FSU is from her sophomore year. She has just begun her work as a Theatre major, with no experience in a theatrical production before. She was selected to be a crew member in the FSU School of Theatre’s production of Sweeney Todd: the Demon Barber of Fleet Street and had to operate the lights and fog inside Mrs. Lovett’s oven. She recalls, “I spent more than half of the show in a small space in the back of the oven, being wheeled around onstage. I was known around the school as the oven girl.”

Chantel notes that many faculty members have left their mark on her, indicating that each impacted her in various ways. She thanks the following professors: Mark Zeigler, for the entertainment, knowledge, and comfort he exuded during her first semester at FSU; Dr. Bob Pekurny, for helping with her Honors in the Major project; Ombra Sandifer, for her guidance and listening ear through all her theatre endeavors; Dr. Jennifer Proffitt, for being an idea sounding board and a plethora of knowledge; and Dr. Natalya Baldyga, for giving Theatre historical meaning and helping her understand in what really went down with the Romans and in Shakespeare’s time.

After graduation, Chantel hopes to get a job in the entertainment industry, whether it is in television or Theatre. She says, “My dream situation would be to tour on a show for a while and then write for a television show, go back to graduate school, and one day teach at a university.” Certainly, her experiences and accomplishments at Florida State University have set her well on her way to realizing her dream.