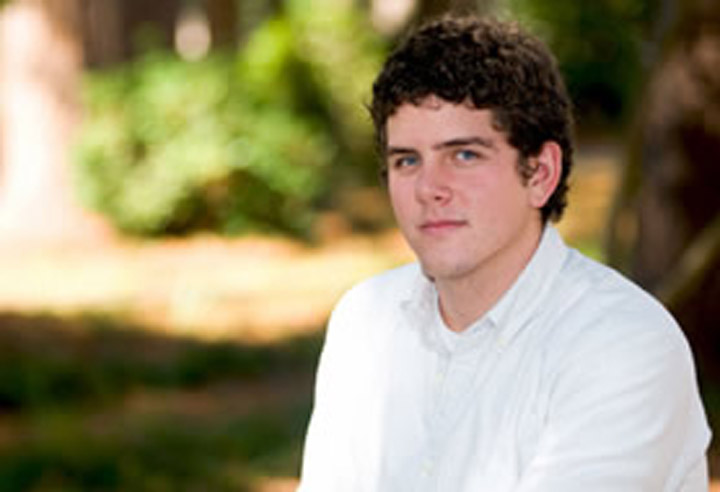 “Having already been very interested in the past, archaeology seemed like a natural choice. Ever since then, I haven't looked back.”

For Ft. Lauderdale-born Aaron Chapnick, a classical archeology student, going on a dig in Italy qualifies as his best experience since beginning his studies at The Florida State University. Turns out, in fact, Chapnick uncovered his academic future in those dusty ruins.

“Not only will I remember that summer for the rest of my life, [but] it also convinced me completely that archaeology was meant for me,” he says.

Chapnick’s decision culminated a journey across a distance of space and time marking his own history. When first he arrived on campus for Preview, his plan was to study history. And while his departmental visits included that area, English and the Classics, it was the latter that piqued his interest.

“My father and I met Dr. David Stone, who told us about the Classics Department and about the courses being offered. He also told us about archaeology and the fieldwork opportunities available at Florida State,” Chapnick recalls. “Having already been very interested in the past, archaeology seemed like a natural choice. Ever since then, I haven’t looked back,” says the 22 year old, who will graduate in May 2009 with a Bachelor of Arts degree.

“Dr. David Stone has been one of the most influential, supportive and kind human beings, let alone professors, that I have ever met,” Chapnick says. “Dr. Stone has always been there to field my relentless questions concerning class, archaeology, graduate school or whatever else came up.”

Stone is just one representative of The Florida State University’s outstanding faculty, not only in the Classics Department but, according to Chapnick, among his instructors throughout the University, who have “not just been great teachers, but they have all been so enthusiastic about my education and my future. I find it humbling to think that people of such esteem and high regard actually have some academic investment in me.”

For his part, Chapnick is investing in others, as well. As president of Eta Sigma Phi, the Latin and Greek Classics honor society, he’s involved in outreach to Tallahassee teens. “We have strong ties with the local high schools,” he says, “and fostering an interest in classics, Latin, and Greek at the collegiate level is something very important to me.”

On campus, Eta Sigma Phi helps bring together classics majors, Chapnick says. “We help each other with challenges in translations, we host classically bent movie nights, and one day we hope to have a true Roman toga party.”

Florida State’s combination of caring faculty and an academic atmosphere that encourages excellence and exploration have profoundly helped Chapnick continue in the joy of learning he discovered during his days at Western High School in Davie. “Who I am today is someone who takes education seriously as a necessary requirement to living to a human’s full potential.”

Looking ahead, Chapnick is planning to attend graduate school. “I am currently waiting to hear back from a number of Ph.D. programs in Roman archaeology,” he says. “I hope to get my doctorate, meanwhile excavating during the summers, and eventually find a position at a research university (I could only hope for one as great as my soon-to-be alma mater) in which I could teach Classics and archaeology and also direct my own site.”