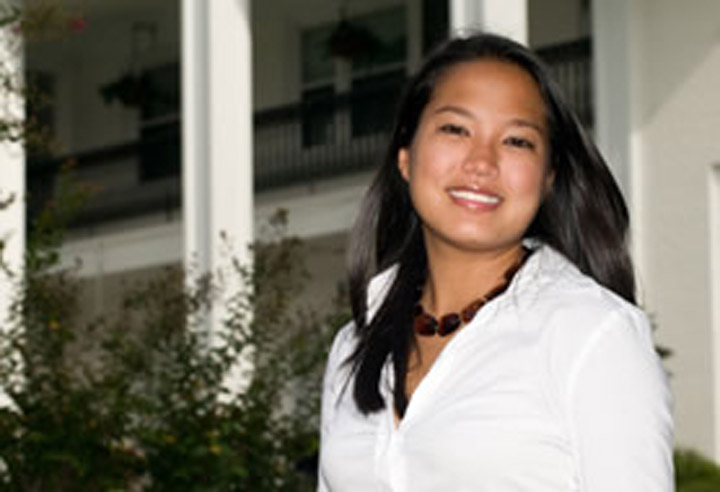 “As my time comes to a close here at Florida State, I've realized that the community does not just stop within the confines of the campus but extends throughout the state, the country, and the world.”

In just three years, Vanessa Ungvichian will graduate from Florida State University with two majors, three minors, and plenty of extracurricular experiences for her law school applications. Vanessa chose to attend FSU for many reasons, including the “wonderful study abroad programs.” She also knew there would be many opportunities for her to pursue in Tallahassee, given her interest in political science.

Two weeks after her arrival at FSU, Vanessa ran a successful campaign to become the Historian of Smith Hall. For her dedication to her role in hall government, she was recognized as the National Residence Hall Honorary of the Month. During the spring semester of her freshman year, she took over as President of Smith Hall and helped re-write the Smith Hall Government Constitution and By-Laws.

After being awarded the Inter-residence Hall Council (IRHC) Executive Board Member of the Year, Vanessa remained involved with residence life. She served as a Resident Assistant for three semesters. “As a Resident Assistant, I helped first-year students’ transition to the difficulties of living away from home in their first year. I showed them different organizations and campus activities that would fit their interests. It was extremely rewarding when some of my own residents went on to become Resident Assistants the following school year.”

Vanessa’s commitment to the FSU community was further demonstrated last summer when she served as an Orientation Leader for the class of 2012. “It truly has been a rewarding experience in influencing students… as my time comes to a close here at Florida State, I’ve realized that the community does not just stop within the confines of the campus but extends throughout the state, the country, and the world.”

Vanessa was able to experience the international FSU community when she studied abroad with the FSU International Programs in London. “I realized that being a Seminole doesn’t stop here at Florida State, or even at the state line, but you’re a Florida State Seminole for life, wherever you go.” While in London, she was able to increase her global awareness by supplementing her travel with courses such as international human rights.

Vanessa is also an active member of her sorority, Kappa Kappa Gamma. She has served as Chair of Fraternity Education, through which she educated her sisters on the history of Kappa Kappa Gamma at FSU and internationally. For her leadership within her sorority, Vanessa was invited to join Rho Lambda, a Panhellenic Leadership organization. Other campus and community involvement includes Dancing for Dance Marathon and volunteering as a mentor for students at Nims Middle School.

Upon graduating this spring, Vanessa plans on taking a year off to spend time in Thailand where she will help teach children English. She hopes to attend law school in the Northeast with an emphasis on international human rights. “Eventually, I want to fight for more respect to human rights as a human rights activist and lawyer.”