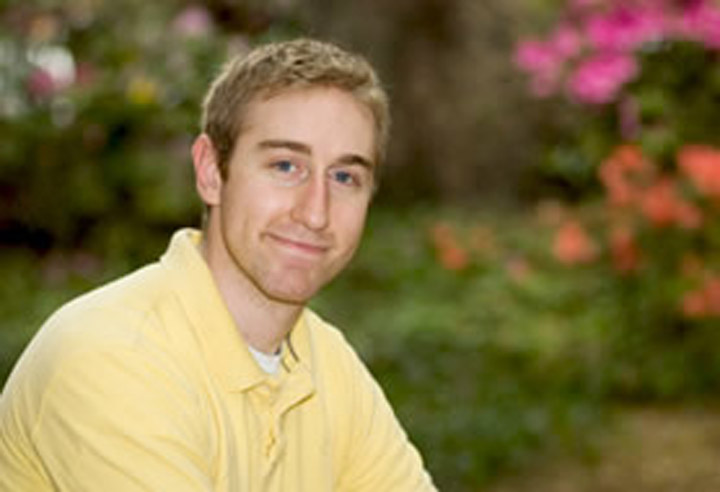 “I grew to have a better appreciation for the opportunities available to me because of the quality of education I get at FSU and because I live in the United States. With this appreciation grew the desire to learn the mechanics of the American economy.”

Stace Sirmans, a Finance major and local musician with a near 4.0 in all major coursework, is a native of Tallahassee. He chose to come to Florida State University because of “the high-quality education” he knew he would receive. As vice-president of the Financial Management Association at FSU, Stace has not only excelled academically, but he has rounded out his college career through his involvement with his church and by playing in a local band.

Stace serves as a leader in his church, which is located near FSU campus. Mid-way through his sophomore year, Stace postponed his undergraduate study for two years to participate in mission work in Venezuela. “After seeing the effects of living in a poverty-stricken country which offers very little hope of economic advancement to its citizens, I grew to have a better appreciation for the opportunities available to me because of the quality of education I get at FSU and because I live in the United States. With this appreciation grew the desire to learn the mechanics of the American economy.”

Stace decided to explore the American economy in depth, learning why it has been so successful and what can be done to contribute to its success. He developed a research proposal, entitled “Buying into the Green Movement,” and became the first student in the College of Business to be awarded an Undergraduate Research and Creative Activity Award through the FSU Office of National Fellowships. Furthermore, Stace was selected from thousands of applicants to present his research at the National Conference of Undergraduate Research at the University of Wisconsin in April 2009.

In his preliminary research, Stace learned that over the past two decades more than 100 mutual funds have been created in response to the demand of people who desire to invest in environmentally-friendly companies, a practice called “green investing.” After classifying and examining the investment philosophies of green mutual funds, Stace set out to conduct a risk/return analysis to judge the performance of green funds. “My goal was to find out whether green mutual funds outperform traditional non-green mutual funds that have similar risk objectives.” Stace’s research has shown that in a growing economy, investors favor large companies that incorporate a green ideology into their business success plan.

In addition to his pursuit of knowledge and experience through research and mission work, Stace spends his free time playing in Lucid Blue, a local “high-energy pop-rock” band. He is one of the lead vocalists and guitarists for the four-man music group, which describes its music as “a unique blend of alternative rock, punk, and reggae.” Lucid Blue has played at many Tallahassee venues and for FSU events, including the Blackout Homecoming football game and Dance Marathon. “Playing in the band has been a great way for me to relieve stress and just have fun with friends.”

Upon graduation, Stace plans on continuing his education by earning a PhD in Finance. So what kind of career is in store for a musically-inclined missionary with an interest in the economics of the green movement? Ultimately, Stace hopes to become a university professor and to continue researching and exploring the financial markets.