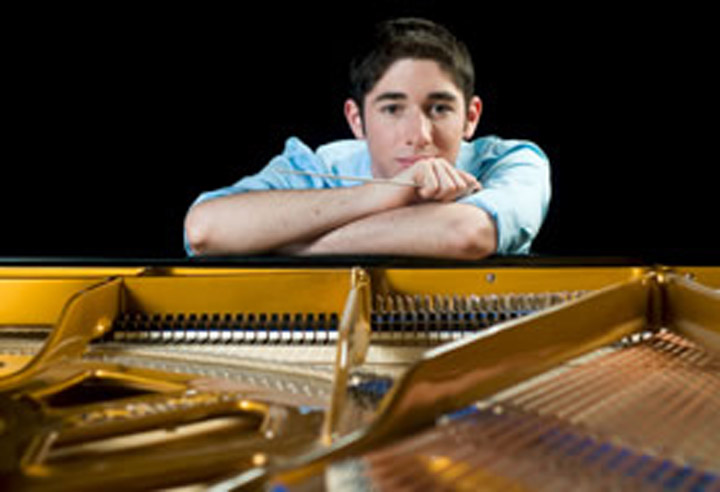 “I came in as an opera singer, and I'm leaving as a conductor. I was able to change my interests several times, but still graduate in four years—and still do all my independent projects.”

It’s an academic rite of passage, of sorts. All Florida State students majoring in music must perform before a panel of faculty, the “jury.” After Brett Karlin, a classically trained tenor from Boca Raton, took center stage, sang and received his verdict, his college career was forever changed.

“I failed my jury,” he laughs. “It might sound weird … [but] that is the [Florida State] experience I actually treasure most” because failing before the jury pushed Karlin in a new direction, helping him realize another passion, he says. “If I had passed I wouldn’t have done any of that.”

Karlin says gratefully he went on to sample a broad array of Florida State’s rich course offerings and faculty expertise to, in essence, craft an individualized study program including music history, musicology and opera stage production. And that’s what led him to his musical passion: conducting.

After loading up on classes to complete his basic requirements for a Bachelor of Arts degree in voice, Karlin spent his final semesters focusing on conducting. Along the way, he seized opportunities to do music and stage direction and to conduct an opera.

“Once I got done with the basic courses, I was able to work—not just in the classroom setting, but one on one—with the professors,” he says.

Pursuing his new passion abroad, Karlin traveled to England to study a more than 300-year-old opera. “It was actually [the] failure that allowed me to conduct a 17th Century opera,” he admits.

With an Undergraduate Research and Creativity Activity Award and an Honors in the Major Thesis Award to his credit, Karlin used both to support the research and performance of “Dido and Aeneas,” by English composer Henry Purcell. “The grant provided me the funds to go over to London to study and analyze the original libretto, which is the text of the opera and the oldest known score,” he says.

“Dido and Aeneas” premiered in 1689. Based on one of the stories from Virgil’s “The Aeneid,” the opera tells the tragic love story of Dido, queen of Carthage, and Aeneas, crowned prince of Troy. Karlin, whose peers teased him because he listened only to classical music, stumbled upon the piece in a media store’s markdown bin while still at American Heritage High School in Boca/Delray. “I listened to it ad nauseam. I just fell in love with it,” says Karlin, whose older brother Ryan graduated from Florida State in 2001 with a degree in business.

As conductor, music director and music historian, Karlin presented “Dido and Aeneas” last October, featuring more than 20 Florida State students, ranging from a “sophomore undergrad major in vocal performance to doctoral music theory major,” he says. “The project was to take a 21st Century ensemble and make them sound like a 17th Century ensemble. We performed the piece on modern instruments with modern singers, but we used 17th Century techniques.” Both the sound recording and DVD will be available through Strozier Library’s online access, Karlin says.

His next roles? He’ll finish his term as president of the Florida State Opera and representative of the undergraduate Voice Department. March 22, 2009, he’ll conduct excerpts from the oratorio “Saul,” by G.F. Handel and a new music recital by Benjamin Fagin, also an FSU student. After graduating in the spring with honors, the 22-year-old will take up the baton as the assistant conductor and apprentice for the Miami-based professional choir Seraphic Fire and Firebird Chamber Orchestra.

“I came in as an opera singer, and I’m leaving as a conductor,” he says. “I was able to change my interests several times, but still graduate in four years—and still do all my independent projects.”