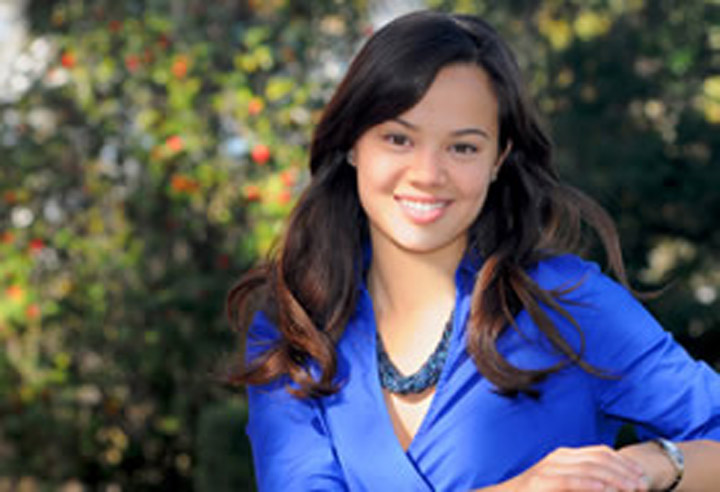 “Finance is a dynamic field that looks to the future instead of the past, and it's versatile, opening doors to many different career paths.”

“Although my parents are 3,000 miles away—I grew up in Northern Idaho—they’re always supportive. They’re the reason I am who I am,” says Allison Hein, an Honors student majoring in Finance.

When she was born—in Jacksonville, Florida—Allison’s parents purchased a Florida Prepaid College Plan. When the time arrived, she returned to the Sunshine State, choosing FSU as her new home. “This institution has enabled me to make a difference in the community, study in a country half-way around the world, and prepared me for a career. My horizons have been broadened more than I could have imagined.”

Originally an Accounting major who took “Finance courses by default,” Allison soon realized she enjoyed Finance more. “It’s a dynamic field that looks to the future instead of the past, and it’s versatile, opening doors to many different career paths.”

An Honors student since her freshman year, who will graduate with a perfect 4.0 GPA, Allison has completed the course requirements to receive an Honors Medallion, which she will wear at spring commencement.

Recognizing her abilities, the College of Business Undergraduate Policy Committee recently asked her to serve as its student representative. Alongside other members—a professor from each department—Allison makes recommendations to the College’s general faculty on undergraduate policy, curricula, programs, and procedure implementation.

Taking her education and putting it to use for service to the community, Allison joined FSU Chapter of Habitat for Humanity, serving as treasurer for two years. During that time, the chapter fully funded and built a $49,000 home in Tallahassee for a small family. Allison says, “This was one of my most meaningful experiences because I was able to play a direct role in the whole process, from fundraising to painting closet doors. I saw firsthand what teamwork can accomplish, and few things are more gratifying than actually seeing the results of your efforts to better a community.”

Her “long standing passion” has been the French language and culture. After seven years of classes, earning a minor in French, and becoming a member of the Pi Delta Phi French Honor Society, Allison was given the opportunity to study in Paris through FSU’s International Programs. “That’s what I love about International Programs—thanks to the travel scholarships available, my trip was fully funded. Living in Paris was an unforgettable experience. Not only did my language skills improve tremendously, but I gained independence and confidence. The world is becoming increasingly smaller, yet, at the same time, my world is expanding.”

Following graduation, Allison will return to the Pacific Northwest to begin her first full-time position—as a financial analyst. She says, “I look forward to the challenges and experiences I will encounter.”