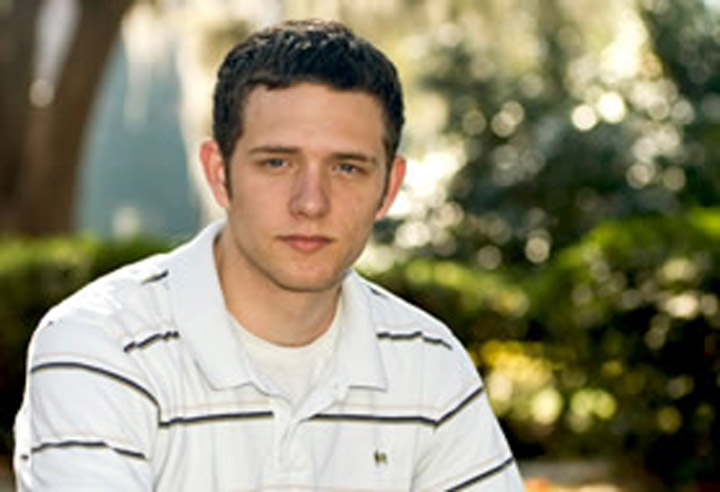 “I have come to respect the industriousness of the Chinese; they work long hours, relentlessly.”

An Honors student since his freshman year, David Heller was already carrying three majors—Economics, International Affairs, and Political Science—when he decided he wanted a fourth, in Chinese. But there was no Asian language major.

Not to be deterred, David set about collecting student signatures on a petition, which he presented to the Student Government Association. That same day a resolution was passed supporting his request. Approved and funded by the Board of Trustees, a major in Chinese is now being offered.

Under the guidance of his instructor in Chinese, Dr. Feng Lan, associate professor of Modern Languages and Linguistics, David began an Honors in the Major project. His thesis entitled, “Evolving Uyghur Identity and Chinese Regional Policy in Xinjiang,” discusses the Uyghur, a group of Turkic Muslims located in the Xinjiang Province of western China.

In the early 1900’s a Uyghur identity evolved nationally, outside of their original, local area. After analyzing the administrations of the Qing Dynasty, the Republic of China, and the People’s Republic China, David “identified the major catalyst as being Chinese mal-administration of the region, rather than inherent cultural unity. The Republic of China holds primary responsibility for today’s ethnic split in Xinjiang.”

David successfully defended his Thesis in spring 2007 and was honored with the Outstanding Undergraduate for Chinese Award. This recognition is well earned, not only due to David’s academic achievements, but also due to his continued interest in China—David has visited Tianjin, China twice.

Through FSU’s Summer Program, David “received a great education” being introduced to a country in the throes of economic development. A student visa with the Tianjin Foreign Studies University enabled him to return two years later. He says, “I saw improvement in conditions and infrastructure and have come to respect the industriousness of the Chinese; they work long hours, relentlessly. The cultural flexibility is also impressive; they maintain their traditions while incorporating modern cultural aspects. Also, for a country that is 95% Han (ethnic Chinese), the provinces display a surprising amount of diversity in local culture and traditions.”

For Florida State’s students, David and Ian Johnson have founded the Chinese Language and Culture Association—to spread cultural awareness and to assist students in learning the language. As vice president, David helps create programs such as the Language Partner program.

After graduation, David will return to Tianjin to perfect his Chinese and to take the HSK (hanyu shuiping kaoshi), a government-issued test that gauges one’s facility with Mandarin Chinese. Then, it’s on to law school to focus on International Commercial Law and to graduate school for a master’s in East Asian Studies.