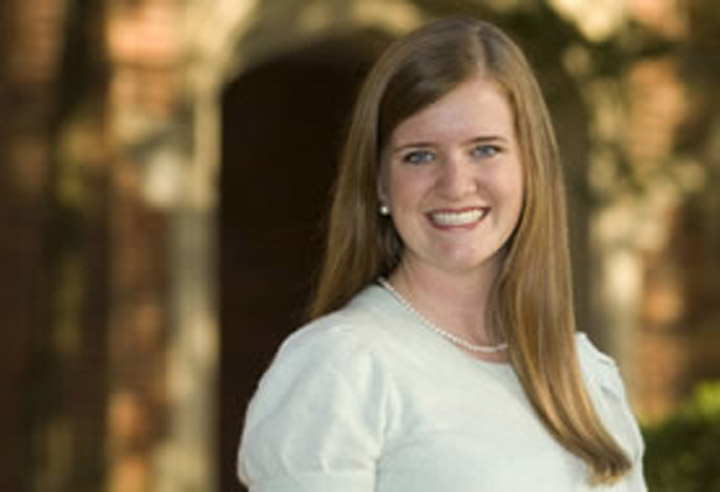 “By placing myself outside my American antibacterial comfort zone, I have learned more about myself than I could by looking in the mirror.”

“I’m always struck by how surprised people are when I tell them I’m interested in service, as if I have a secret. What else awards you the opportunity to give children piggy-back rides on a playground all day, milk some goats in Texas, or see how a simple water system can completely change a third-world community’s quality of life? By placing myself outside my American antibacterial comfort zone, I have learned more about myself than I could by looking in the mirror,” says Jordan Chapman.

“Becoming active at the Presbyterian University Center during my freshman year, I met students who led Alternative Break Corps (ABC) service trips. Since then I have participated in three spring break trips—first to Elm Mott, Texas to work with World Hunger Relief International; next to Baltimore to work with inner-city youth; and last spring I led a trip to West Virginia to work with victims of rural poverty. While serving as ABC’s public relations director in my sophomore year and co-director in my junior year, I strove to raise service awareness around campus.

“The leadership skills I gained in service gave me the confidence to run for a seat in the Student Senate. My role in the Senate was a way to advocate for students’ community service involvement. I recruited several senators to participate in ABC trips and formed a Student Government Relay for Life team. I learned to stand up for my beliefs and opinions in an environment where others’ outlooks are as strong as my own.

“I have loved reading and writing since childhood, so I knew I wanted to major in English Literature. When I signed up for Professor Gary Taylor’s Advanced Shakespeare class, I was intimidated at first, but with his eloquent lectures it proved to be one of the most fulfilling courses. My second major in Mass Media Studies has shown me that a career in Communications or Journalism could give me the power to raise awareness of social injustices.

“By studying Italian for three semesters, I’ve formed an interest in Italy’s culture. I am thrilled to end my tenure at FSU this spring by studying in Florence. I want to become a positive member of a new community, culture, and society.

“After graduation, however, I will join the Teach for America corps for two years as an elementary school teacher in Charlotte, N.C. Then, I plan to attend graduate school. I hope to find a career that combines my interests in service, communication, law, and literature.”