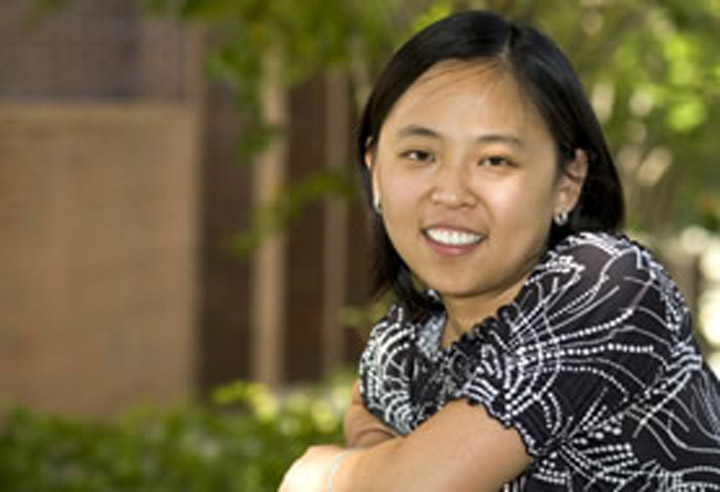 “The findings from our research suggest that social ecology indeed is consequential for recidivism, thus underscoring the need for researchers to consider social context when studying prisoner reentry.”

Does your status in society render you more vulnerable to criminal acts or more likely to commit a crime? If accused of a crime, will you receive fair treatment in America’s criminal justice system? Finding the answers to these questions is what drives Xia Wang.

Having received her bachelor’s of law degree from Peking University in 2001, Xia chose to study further at Florida State because of its “great criminology program taught by great faculty.” All the while, she has served as a research assistant for Dean Thomas Blomberg, the principal investigator for the Juvenile Justice Educational Enhancement Program (JJEEP), a $14 million renewable project funded by the U.S. and Florida departments of Education. Her research endeavors at JJEEP have resulted in her master’s thesis, which eventually led to an article published in Evaluation Review.

Upon receiving her master’s in Criminology, Xia wanted to strengthen her statistical and methodological skills. She began working on a master’s in Applied Statistics and completed it two years later. In the fall of 2005 and the following spring, she took on the additional duties of instructing a required undergraduate course, Introduction to Research Methods.

Xia has collaborated with several FSU professors regarding the effects of the social environment into which offenders’ are released and how that social environment may influence their recidivism outcomes. She says, “The findings from our research suggest that social ecology indeed is consequential for recidivism, thus underscoring the need for researchers to consider social context when studying prisoner reentry.” The findings are discussed in two papers, “The Effect of Racial Inequality on Black Male Recidivism,” which appeared in Justice Quarterly, and “Social Ecology and Recidivism: Implications for Prisoner Reentry,” which is forthcoming in Criminology.

Her research interest in social context, together with her undergraduate background in law, led to Xia’s focus on how social context affects courtroom decision-making. Under the guidance of her dissertation chair, Dr. Daniel Mears, she is now working on her dissertation, “Criminal Justice Sentencing in Context: The Effect of Social Environment on Courtroom Decision-Making.” Xia hopes to contribute to the developing literature in Criminology and Criminal Justice as to whether the effects of social context are more nuanced than what prior research has established, and she hopes to contribute to the policy debates that aim at removing sentencing disparities.