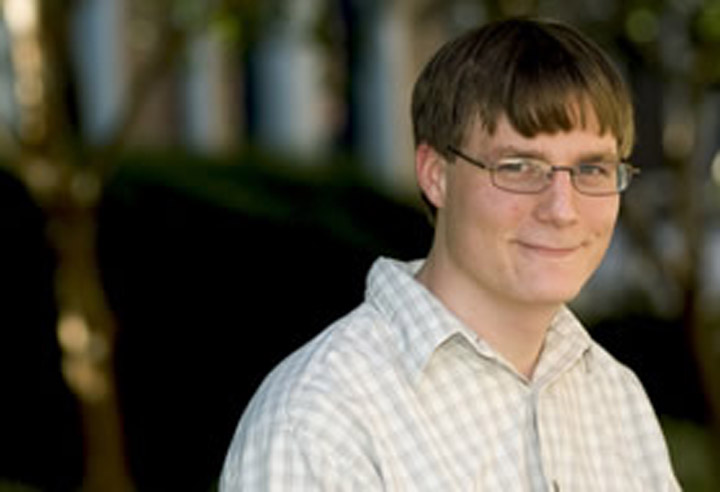 At Florida State, the language of Mathematics is applied to the study of Political Science. In fact, “the opportunity to study political problems from a scientific perspective, using mathematical theories and statistical evidence,” attracted doctoral candidate Justin Esarey to the field and to Florida State.

Two specific areas hold his interest: the mathematical modeling of politics, which attempts to explain and predict political behavior using the tools of game theory and statistics, and bureaucratic politics, which studies how administrative agencies make decisions and relate to other branches of government. Justin has been awarded a University Fellowship, which not only recognizes his superior performance but will also enable him to complete his studies in these areas.

As part of his doctoral program, Justin received a master’s degree in 2004 and anticipates receiving a Ph.D. in 2008. He says of the Department of Political Science, “It’s an excellent, quantitatively focused program with a solid record of training graduate students for successful careers in academia.”

Recently, Justin and Drs. Charles Barrilleaux (Political Science) and Tim Salmon (Economics) received a $108,000 National Science Foundation grant to study “how individual support for income redistribution varies as a function of three personal characteristics: wealth, political ideology, and susceptibility to a natural disaster, such as a hurricane.” Justin explains, “People have different reasons for wanting income redistribution. Some want it as a way of sharing or equalizing wealth in society. Others see it as form of insurance against a disaster that could wipe out one’s wealth. Still others support redistribution because they are poor, and thus are likely recipients. Our grant studies how these rationales combine to influence a person’s preference for income redistribution.”

Justin has co-authored several articles that are forthcoming in Political Science journals. “A Dynamic Model of Generalized Social Trust,” forthcoming in the Journal of Theoretical Politics, explains the decline of trust in others in the U.S. as a part of a natural, self-reversing cycle. Another paper, “A Fixed-Effects Bayesian Quantal Response Estimator for Incomplete Information Games,” models the influence of private, unobservable information on strategic political behavior; the paper is forthcoming in Political Analysis.

Justin plans to teach at the university level and is currently seeking an academic position. At his practice job talk, he says, “the entire department turned out to help and give comments, overflowing the conference room. That experience encapsulated the great working atmosphere and spirit of teamwork that prevails here.”