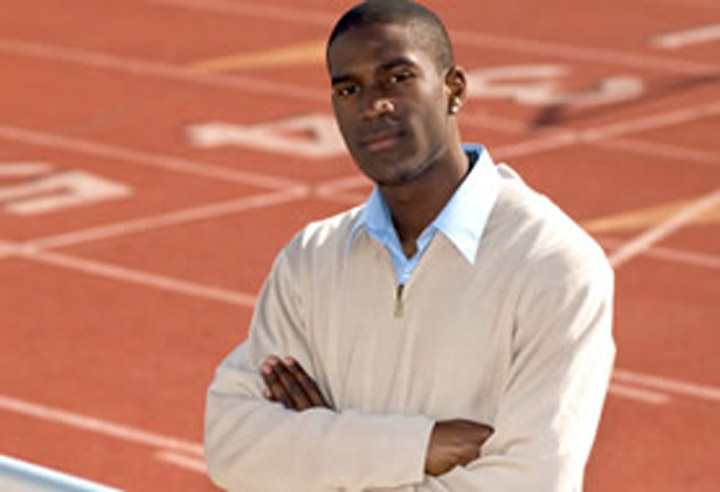 “I believe SportLog will have an immediate impact on the training of student-athletes all over the country, if not the world.”

How do some people manage to overcome obstacles to realize their greatest potential?

Cedric Nabe, an international student from Switzerland, attended high school in nearby France, but only studied English in one reading class. When he was recruited by Florida State’s Track Team, arriving on campus in 2004, he spoke and read little English. He admits, “Academically, it was very hard during my first two years because I was still in the process of learning how to express myself in English.” But his struggles paid off—those with a “can do” attitude don’t let language barriers get in their way. In his junior year, he made both the Dean’s and President’s Lists and has maintained a high GPA ever since.

Participation in athletics, as well as other extracurricular activities, enables students to create new friendships while taking their minds off the stresses of classes. Cedric, who “loves to be around people from diverse backgrounds,” says one reason he chose FSU was because of its large student population.

Athletes like Cedric—he made All-American and All ACC his first year at FSU—learn early how to manage their time. Their days filled with schedules and deadlines, they learn how to perform under pressure. Last year, Cedric was a team captain for FSU’s Track Team, which won the National title for Track and Field, and he was part of the 4×100 Meter Relay Team that broke FSU’s school record. He says, “It feels great to be named a champion, to be recognized for your hard work.”

His role as team captain, he says, was “a life altering experience that gave me a better understanding of leadership.” Then he took Dr. Robert Brooks’ course on leadership. “It taught me so much about myself, boosted my self-confidence, and has motivated me to influence those around me.”

Cedric is now putting this confidence to work as the new president of the FSU chapter of the Association of Information Technology Professionals. “We are taking the chapter to the next level—working extensively on our website, being more present on campus, and creating numerous networking opportunities with potential employers.”

He is also hard at work building a software application—SportLog—that will help keep better track of athletes’ performance and enhance communication among its participants. “With its forum, messaging system, videos, photos, performance and health tracker, and announcements board, I believe SportLog will have an immediate impact on the training of student-athletes all over the country, if not the world.” Because of his project, Cedric won the 2007 Undergraduate Research and Creative Activity Award.

Why is he successful? Cedric says, “I honor my commitments by working hard and never giving up on my goals.”